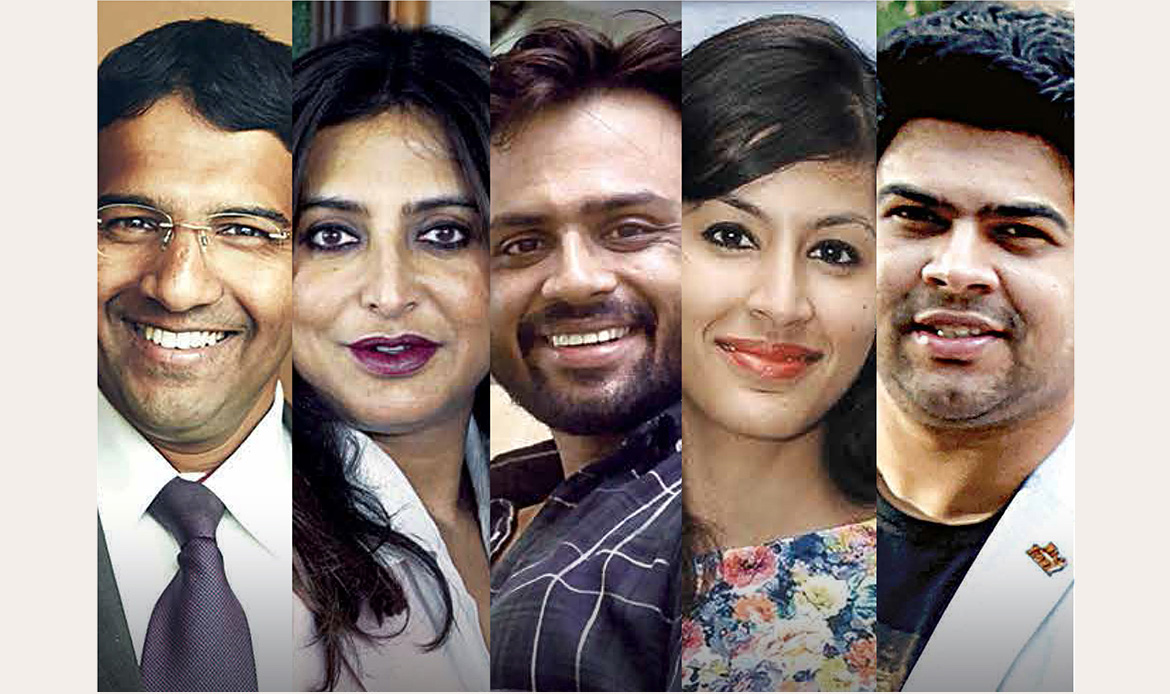 As Millennials crowd the alcobev market, it’s all about premium products, customer loyalty and brand recall

Over the last decade in particular, the Indian alcobev industry has matured and evolved, with nearly every global drinks company either already present here or making a beeline for the country. In several cases these companies have been acquiring or taking stakes in Indian drinks companies.

The promoters of Indian companies have been, for the most part, also quick to evolve and have initiated many game-changing moves. At the forefront of these initiatives is the Next Generation and, what is heartening to note – in a society like India, where alcohol is often seen as a vice – a lot of them are also women!

Taking note of this positive change in the industry, Brews and Spirits caught up with five scions from drinks businesses from Gurgaon to Goa, from Bangalore to the Punjab and Kerala. These include Ashwin Krishna of Cheers Group, Gautom Menon of Wild Tiger, Pushpanjali Banerji of Kyndal, Rakshit Jagdale of Amrut Distilleries and Roshini Jaiswal of Jagatjit Industries.

There’s agreement that there has been a demographic shift, and as millions of people join the legal drinking age, there’s also been a shift in preferences, with newer, trendier categories like gin and craft beer catching on. Craft has also become a wave in older categories like whisky. Fuelling the trend is the fact that more women are drinking socially, especially in Tier-1 cities.

As incomes go up, so do aspirations, which again fuels premiumisation, brand proliferation, as well as a greater focus on branding and packaging. Bars are also spreading across Tier-2 cities, and catering not just to men, but also families – consumption of alcohol-based beverages is no longer wholly seen as taboo.

From a regulatory standpoint, there has been an increase in the State’s say in the business, in terms of controlling distribution networks and pricing. This, in turn, squeezes drinks companies, especially with increases in the prices of critical raw materials.

Digital and Social media platforms have also assumed greater importance, especially with India being a media-dark market for alcobev. Our Next Generation has also taken inspiration from multi-nationals like Diageo – and especially Pernod Ricard who, with its enormous success with premium brands, have driven home the point that the future very much lies in premiumisation.

Our interviewees all took largely different paths to joining the family business. In some cases, they also played pivotal roles. When Rakshit Jagdale was an MBA student at Newcastle on Tyne in the early 1990s, he gave a sample of malt spirit produced by Amrut Distilleries to the owner of The Pot Still, a famous whisky bar in Glasgow.

When Rakshit returned after a few days to check if the owner had tried it, he was asked to come back in the evening, which was when they would run an experiment with the regulars. Back that evening at the Pot Still, Amrut was introduced as a mystery dram, and regular scotch drinkers were asked to guess its origin.

“Highland,” said one, “Speyside”, said another, naming two of the most famous regions for single malt production in Scotland, and indeed the world. Talk about a vote of confidence in your product!

Amrut launched itself on the world stage in Glasgow in 2004. It then blazed a trail for other Indian single malts, including Paul John and Rampur, to emerge after them.

Gautom Menon was a teetotaller and had no real interest in joining the family business of contract bottling for other liquor companies. His father’s illness roped Gautom in; but the youngster wanted to build a “meaningful and premium brand, that captured the true spirit of India”.

Being a huge Tiger enthusiast, Gautom zeroed in on the name ‘Wild Tiger’, with rum being his spirit of choice. The brand, which was launched in 2016 with a focus on export markets, has now gradually entered the Indian market. 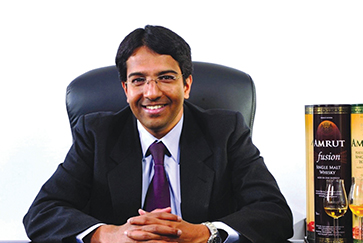 Amrut launched itself on the world stage in Glasgow in 2004.

Roshini of Jagatjit finished college in New York, spent the early part of her career working there, then returned to Bengaluru. She became a partner in a hospitality venture, which set up some of India’s ground-breaking bars like ‘180 Proof’ and ‘Shiro’. She also acquired the franchise in India for global brands like Hard Rock Café.

She exited that business a few years ago to come on board full-time at Jagatjit Industries as their Chief Restructuring Officer.

By contrast, Pushpanjali of Kyndal joined the family business when she was still in college. Kyndal also represented Absolut vodka in India then; so she had the opportunity to work on some exciting events with the brand, including collaborating with the designer, Rajesh Pratap Singh.

She was involved in the launch of Bols brandy in India, along with their joint venture partner, Bols from the Netherlands, and also with several other brands represented by Kyndal in India, including the iconic Macallan and Highland Park single malts from Scotland.

For Ashwin Krishna it was a quick start in the Cheers Group after college. He was instrumental in taking the brand portfolio to the premium end of the spirits rainbow, as well as driving into new export markets.

There are no regrets so far, these scions of alcobev business houses insist. “Very few industries would have allowed me to conceptualise a brand and put it on the global map,” Gautom gushes. Roshini adds, “I have always pursued my interest. My belief is if you don’t, you don’t stand a chance at succeeding”. 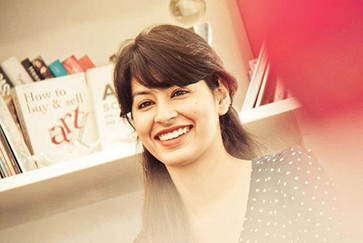 Pushpanjali was involved in the launch of Bols brandy in India and also Macallan and Highland Park single malts from Scotland.

All of them (with ages ranging from the early 30s to mid-40s) have played a large role as change agents in their company. In the case of Jagatjit Industries, for example, the primary onus of taking the company forward rests with Roshini.

“The trigger for all change has been an ideology of brand before anything else. Brand is the largest value creator.” Ashwin Balivada has seen his company grow from a four-man army to a pan-India organisation with global presence.

Rakshit agrees with Roshini on companies becoming more brand-oriented. So also for Pushpanjali, who has focused her role on the design and development of new brands. She has worked on marketing strategies that have been instrumental in launching new products like Bootz Dark Jamaica premium rum.

All their parents have played very positive roles in their growth, with mostly all of them also counting their parents as chief mentors in the business. Pushpanjali of Kyndal adds, “Other than that I think the biggest mentor is the consumer – keeping up with his/her changing tastes and habits and always listening is the key to success.”

For Gautom, it was not a great experience with external mentors, who he felt were insecure about his aspirations. “But I strongly feel that every breakthrough entrepreneur should get hands-on and figure out things for himself,” he stresses, and that is what worked for him. 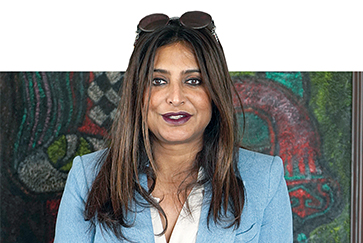 Have there been mistakes along the way? How did they deal with hiccups? And how do they define success? For the most part, this young brigade has not had too many setbacks along the way.

Ashwin, however, admits to a brandy launch, which didn’t do as well as anticipated in South India, forcing the company to go back to the drawing board and iron out its strategies.

For Roshini at Jagatjit, it was far more fundamental – she was grappling with a change in the essential business model while transitioning to an asset-light, debt-light one. She hesitated on this move, delaying the process by a year, partly due to the company’s legacy. The move has been now been made and, much to her relief, has put the company on a firm financial footing.

Pushpanjali measures success by the customer: “Success happens when our customer becomes our brand ambassador!”

Roshini has a more immediate goal of breaking even for Jagatjit. But she would want to see a blooming of their brand portfolio to “amplify the make-in-India story”. Gautom, of course, has global aspirations: He wants to be “India’s answer to Jack Daniel’s, with an Indian brand respected and relished worldwide!” 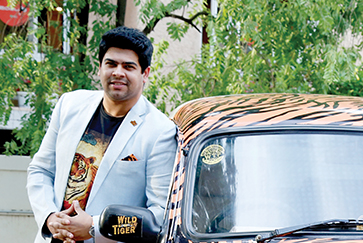 Gautom, has global aspirations: He wants to be “India’s answer to Jack Daniel’s, with an Indian brand respected and relished worldwide!”

It’s been fascinating to interact with all these business scions and we’re sure our queries have made them thirsty; but one last one! Dealing with the pressures of running businesses in one of the most challenging industries in India is no mean achievement. So what drink do they choose to unwind with at the end of the day?

Sounds like it would be quite a bar if they all got together. I sure hope we’re there too! Meanwhile, let’s raise a toast to them, and watch them as they take their businesses forward, in India and abroad. 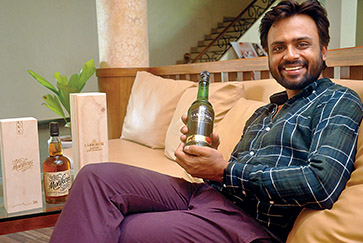 Ashwin Balivada has seen his company grow from a four-man army to a pan-India organisation with global presence. 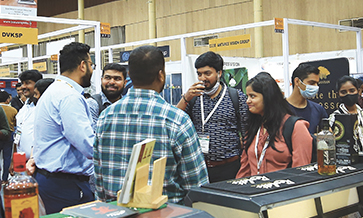 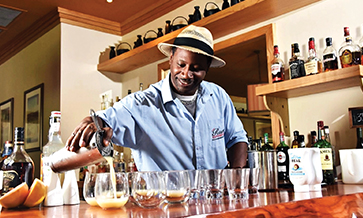 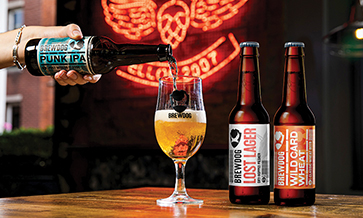