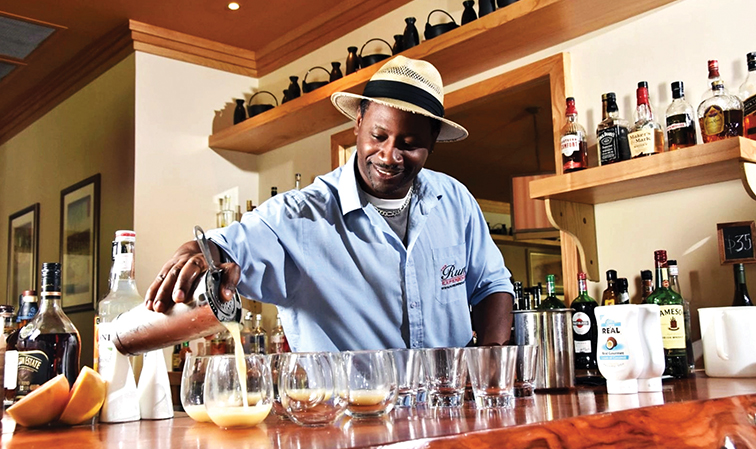 Ian Burrell is Global Ambassador for the rum category, one of the most acclaimed and travelled figures within the drinks industry. He has conducted masterclasses and seminars, sipped cocktails and judged competitions on all seven continents – yes, including the Antarctic! In 2007, he created the world’s first international rum festival, the UK Rum Fest, inspiring the birth of similar festivals all over the world.

Ian Burrell is Global Ambassador for the rum category, one of the most acclaimed and travelled figures within the drinks industry. He has conducted masterclasses and seminars, sipped cocktails and judged competitions on all seven continents – yes, including the Antarctic! In 2007, he created the world’s first international rum festival, the UK Rum Fest, inspiring the birth of similar festivals all over the world.

He recently launched Equiano, his own rum, a premium blend of African and Caribbean spirits. It is named for abolitionist and author, Olaudah Equiano, an 18th-century African slave who eventually bought his way to freedom by selling rum in the Caribbean. Vikram Achanta, Consulting Editor for Brews&Spirits, caught up with Ian recently in an Instagram live chat. Excerpts:

What drew you to rum, Ian?

I’m a Jamaican, so I’ve always been interested in rum before it became my profession. My grandma said I had my first taste of rum when I was 4 days old, just a little on the lip to help me to sleep. When I left school, I was encouraged by a friend to join a bar. I enjoyed making drinks and using rum in them, and that’s how I got started.

Tell us a little about the UK Rum Fest.

This was a case of me putting my money where my mouth is. I realised that there was no festival to help celebrate the different styles of rum from around the world. So I figured: why not create an international rum festival? I took all my savings and created the brand. This year we’ll be celebrating the 14th edition of the Rum Festival.

It even got to a stage where it became too big, where it became like a party. I’m not saying you can’t drink and enjoy yourself, but it has to be in a responsible fashion. So I moved the venue to a smaller place and increased the ticket price.

It has masterclasses, seminars and tastings with rum ambassadors and master blenders, flying into London from around the word.

It’s helped because rum has never really had a premium category, unlike other spirits. Rum has always been seen as the party drink; but you can’t really build a brand on that basis.

The only way to build a brand is to have a discerning audience that wants quality. They look for a product that has been aged for a certain number of years, and they can equate that to another dark spirit like Scotch or Cognac. People now look at certain rums like that.

How successful has rum been in cultivating the image of a serious beverage?

Rum is a sugarcane product coming from the tropics, the colonised countries. Why not pay that premium? What’s happening is that these rums are now reaching their rightful place. People are paying the price they should have paid for them years ago.

A 12-YO rum aged in the tropics is subject to evaporation rates of 8% annually, as compared to say a Scotch whisky that loses 2% every year to the Angel’s share. So, a good 12-YO rum has maturity equivalent to a 20-YO Scotch whisky. Rum companies have now begun realising the intrinsic value of their product.

How does Asian rum look like in the years to come?

Ever since I’ve been in the industry, the Asian market has been the Holy Grail because of the volumes. If a brand can get just a small percentage of that, it can be massive.

Asia also makes products using sugarcane distillate, so the perception is that rum is cheap. So, when someone introduces a premium rum, that’s a challenge. They need to see rum as a premium spirit.

India has a 50-million-case rum market, but the bulk of the brands are dark rums in the US$ 6-8 category. What could be the rum that breaks through this price barrier?

I’d look at another category, say whisky. I’d guess there’s a lot of cheap whiskey sold in India and also expensive ones. So how do the premium whiskies build a segment? They go for a particular kind of customer, someone who’s discerning, likes to travel, wants a bit more quality and has disposable income.

That’s how a premium rum brand would have to approach the market, especially when you also bring high taxes into the picture. It’s important to be realistic and say I’m only going to sell a certain amount of rum to a certain target audience and that’s who you focus on.

India has a massive segment of the population that is very young. What kind of rum will make a breakthrough?

It’s definitely going to be gold rum. When we see dark rum, we can’t really say too much about the rum; but when we see gold rum, we automatically assume it’s been aged in a barrel and that’s where the gold colour comes from.

So, we should focus on gold to get the aspirational younger generation into the category. They want some intrinsic value in a superior product; and the brand has to say something about them and where they want to go with their lives.

There is definitely room for premium rums, say gold rum that has been aged for 10 or 12 years. My prediction is that, like Amrut (single malt whisky), there are going to be some Indian rum brands that come out of the sub-continent that people will receive well.

What kind of rum cocktails do you see trending?

The Daiquiri for sure. It has the trinity of rum, lime and sugar, and is one of the best rum cocktails out there. In contemporary bars, a rum Old fashioned and rum Manhattan.

The Tiki revolution has also made popular drinks like the Mai Tai, Zombie and Pina Colada. Cocktails that make people smile and escape to the tropics. 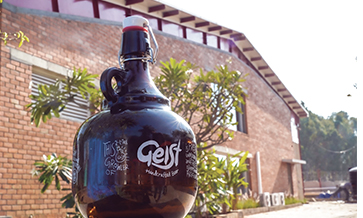 Beer growlers on the prowl! 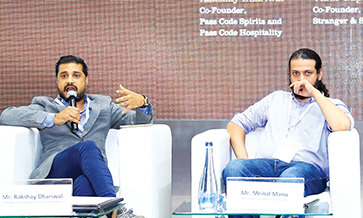 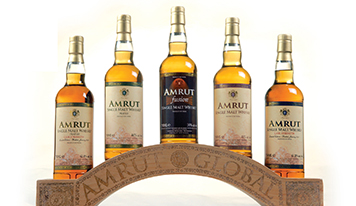