Home Formula-1
Kyndal Group managing Director, Siddharth Banerji (L), his daughter Pushpanjali and son Prateek are trend-setters, but with all ears to the ground.

Kyndal was set up in 2002 (then called Kyndal Spirits UK) as a wholly-owned subsidiary of Whyte & Mackay. Thereafter, Kyndal Spirits raised 210 million pounds to buy out Whyte and Mackay.

Among the highlights of Siddharth’s career with Kyndal was the smooth buyout of the business. Today, Kyndal Group, with Siddharth as its Managing Director, is an independent alcobev company in Gurugram which produces, markets and distributes premium spirits brands.

On his son and daughter, Prateek and Pushpanjali, joining as Director and Brand Director respectively, the father says, “They both bring different things to the table; but what they share is fresh ideas, thoughts and innovation in all aspects. They also better understand the perspective of youth, technology and innovation.”

Siddharth appreciates how dark rum and wines have excelled in the Indian market. In India, rum sales have historically been driven by the Canteen Stores Department for the defence services, and consumers in southern and eastern India.

“When we talk about wine, it is the single largest item of expense when it comes to the ‘spiritual’ needs of your guests and one of the luxury items in the drinking segment,” he notes. His favourite drink is The Macallan – on the rocks.

She has brought a more analytical approach to business, incorporating technology where possible to build operational effectiveness. “But I’m a firm believer of don’t fix what’s not broken,” she says. “It is important to continue with the company’s tradition and good practices.”

The legacy she inherits from her father is two-fold. Kyndal has been a trendsetter in the business as it has always taken a different stand in the market with its products, such as launching Absolut vodka at Rs. 1,500 a bottle in the beginning of this century.

“In 2009, along with our partners Bols, we built the premium brandy category with Bols brandy. Before Bols there was no affordable, premium and genuine grape brandy in the market. Today it is worth 20 lakh cases,” Pushpanjali tells us.

“The lessons are always in the deep end, and I’ve learnt time and again how my father is always thinking ahead of the curve. Anticipating future challenges and rewards, and knowing each aspect in depth is the key to sustainable growth,” she adds.

What does innovation mean to her? In India, growing urbanisation and changing lifestyles, especially of the youth, are driving the growth of the liquor industry. Changing tastes and growing awareness, as also a sense of exploration, in customers is driving the growth of new categories, she notes.

“Driven by our high level of expertise I am proud that the Kyndal Group is delivering quality that is up to international standards with proven partnerships. This makes us a versatile, innovative company that keeps its ears to the ground and delivers more than the market expects,” Pushpanjali asserts.

Her favourite drink to relax is The Macallan – Old Fashioned. Her part(y)ing shot? “Don’t be afraid of business cycles. It is important to take both success and failure in your stride,” she says. 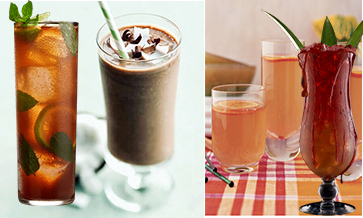 Of rum, rains and cozy cocktails 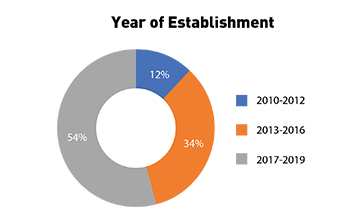 Survey: Brewpubs are here to stay