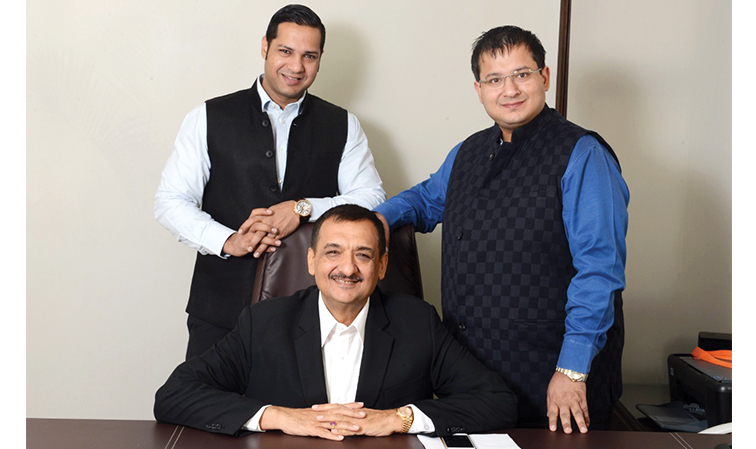 Oasis Distilleries was started in 1987 in Indore (Madhya Pradesh) by the late Om Prakash Malhotra, among the pioneers of the Indian liquor industry. He is the father of Mr Deep Malhotra, current Chairman and Managing Director of Oasis Group.

Since then the Group has added five state-of-the-art, grain-based distilleries and four bottling units with a collective grain spirit production of approximately 22 crore bulk litres per annum, the largest seller of grain-based ethanol to the industry.

Deep, who also served as MLA from his native Faridkot (Punjab), has added hospitality, exports, government contracts and diamond jewellery to the group’s portfolio, which reported an annual turnover of Rs 2,100 crore last year.

According to Deep, the core strength of the Group is its international quality grain neutral spirit and its IMFL brands, which have won a number of international accolades, recognitions and awards.

More than two decades in the business, Deep counts among his milestones the establishment of the distilleries and bottling units; setting up a 4-star property in Mussoorie (Uttarakhand) in collaboration with the Radisson Hotel Group; and becoming the largest liquor retailer and wholesaler in Punjab.

With the induction of both his sons into the business – Gauravh and Gautam – Deep launched new IMFL brands, including All Seasons whiskey, OPM vodka and London High gin. He also credits his sons with bringing the signature brand, All Seasons, to the millionaire group in the year 2019 with sales across India.

OPM vodka and All Seasons whiskey are now available internationally by entering the West Asia market in Abu Dhabi. Deep and his sons were recently featured amongst leading businessmen in the Forbes list.

Deep doffs his hat to Amrut Distilleries for coming up with Amrut Fusion single malt. “It is a very well thought of and well received brand in India as well as abroad,” he says. Bira 91 beer has also made a dent, taking social media by storm. “Both are commendable brands, offering individually unique experiences,” Deep feels.

The alcobev industry is constantly changing and evolving. It has become imperative that every consumer receives value for money. “We aim to provide something elite in whatever price bracket, offer new and unique blends, irrespective of where they are blended and/or bottled,” Deep signs off.

Gauravh, the eldest son, assists his father in the Punjab retail, wholesale and distillery operations. His brother Gautam assists Deep in the Delhi and Haryana operations. Both Gauravh and Gautam take active interest in new product launches, developing new markets, marketing and advertising and social media.

Gauravh says the Oasis Group recently launched its flagship brand, All Seasons Connoisseurs Collection Reserve whiskey’. OPM Luxury vodka is a triple-distilled spirit that has already won 19 international awards and is fast catching up to be a leader in its segment.

All Seasons whiskey is blended from imported vatted Scotch malt and has been a runaway hit in all the markets it has been launched. Along with the whiskey, OPM vodka and London High vodka’ are already being exported to Kenya and Nigeria, with plans to introduce them in the US shortly.

What the brothers did first after joining the company was expand and upgrade production facilities. “For us it has always been a passion to think out of the box, different from the conventional ways of brand promotion prior to production,” says Gautam.

“We aim to introduce a value Scotch, bottled in origin, to cater to our discerning connoisseurs across Indian,” he adds.

Gauravh dwells on plans to double production capacity with the addition of a new distillery in Uttar Pradesh, besides expansions in Punjab, Haryana and Madhya Pradesh production units.

While Deep is a teetotaller, Gauravh prefers to savour the taste of success with OPM vodka. “Not only is it smooth and balanced, it is also refreshing,” he says. As for Gautam, he prefers Star Walker whiskey – “On the rocks, any given day!” 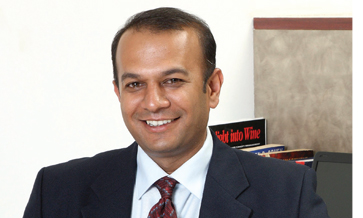 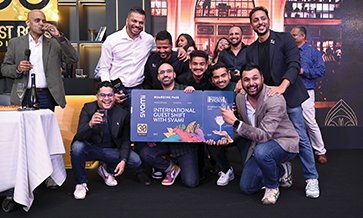