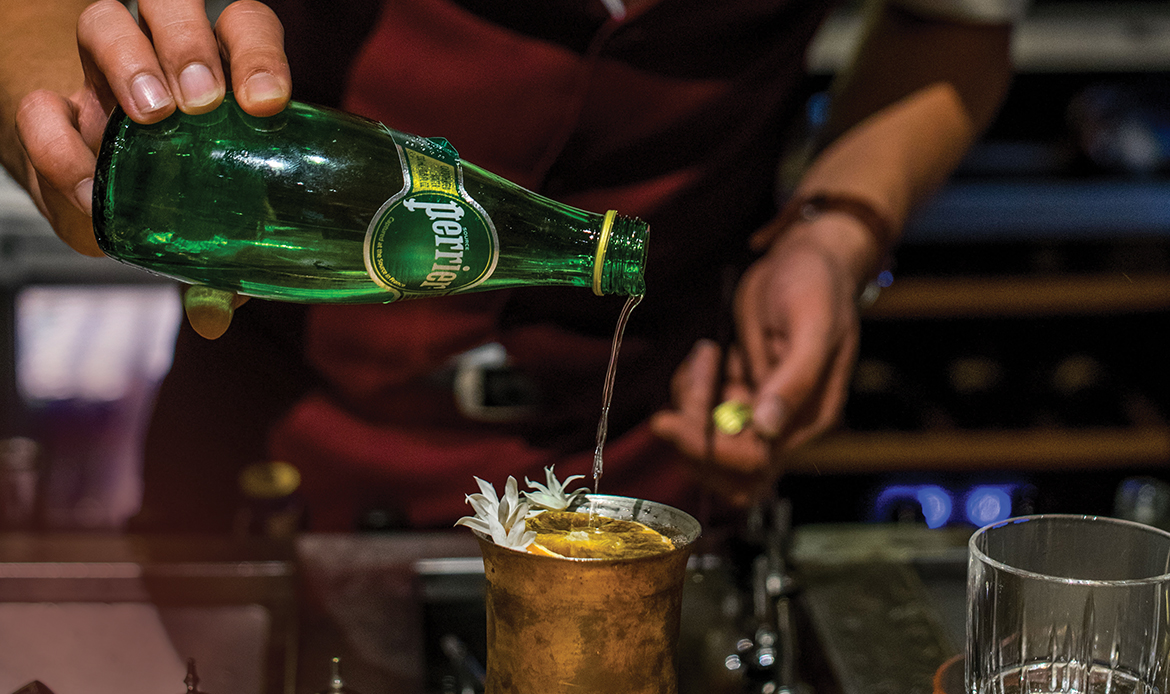 While some may say that water is for life we’d say it can be as fascinating as your wildest fantasy. Water is a part of normal life and essential to it for thousands of years and for long, a drink which was taken for granted.

But in today’s era water has become fascinating, especially when you discover the various styles of water available in the market. In developed markets like the US people like to explore different brands and styles of water based on mineral values, pH values, carbonation levels and TDS (total dissolved solids).

It was Saturday afternoon in Delhi recently. The roads were packed with traffic and it was sparkling water which was taking us to The Lodhi, New Delhi, for a Perrier mixology class taken by Perrier brand champion, Fransesco Moretti, a cheerful and well known mixologist who has spent fun times in many a bar around the world.

He started with a presentation to the audience, which largely comprised some of Delhi’s finest bartenders and food and beverage professionals. The presentation was based on the thought process and heritage of Perrier, the customers who seek out Perrier, how Perrier can be paired with food and how it can be an essential part of a bar to accompany premium whiskies and spirits.

But for us, the most interesting part and a new learning was about the production of Perrier, where we learnt that water can also get its carbonation naturally and that Perrier is a natural sparkling water, coming from the Vergeze commune in southern France, which had a population of just 4,033 in the year 2008.

Also interesting was when Fransesco showcased the thought process in reference to the market and advertising from early 1900s till now. One quote stayed on in our minds: ‘Winners don’t do different things, they do things differently’.

Sir John Harmsworth of a very English newspaper, The Daily Mail, met the local Dr Louis Perrier while studying French near a local spring called Les Bouillens. He bought the water source from Dr Perrier and named the spring water Perrier as a tribute to the doctor and started bottling the water in a distinctive green bottle shaped like Indian clubs, which he used to exercise with during his rehabilitation from paralysis.

After World War II the Perrier spring was forgotten, although local people were selling Perrier for three times the price of local wine. Advertising played a major role in the resurgence of the brand, with sex a surprising and ingenious mechanism.

In one famous ad, which was later banned, a lady is playing with a small bottle of Perrier which automatically pops up into a 750-ml glass bottle!  Another ad when Perrier branded itself as the champagne of water, showed the Eiffel tower bending down to the Perrier can.

This classy image helped it break into new markets, notably the US, where it rode the health boom of the ‘70s and became seen as an adult alternative to alcohol. Slick advertising helped position the brand as desirable at a time when many people still thought that it was crazy to pay money for something you could get for free from a tap.

The Perrier Mixology Masterclass was organised by Hindustan Liquids Pvt. Ltd., the sole importer and official distributor for Perrier Sparkling Water. Keshav and Pankaj are mixologists  and trainers working in Tulleeho’s Delhi office. 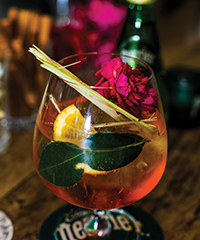 Combine 45ml Aperol, 50ml sparkling wine and 30ml of Perrier Lime and build together in a wine glass filled with ice. Add in a sting of lemon grass and a Kaffir lime leaf and garnish with an orange wedge.

It’s a fizzy delight with Aperol, with a touch of citrus from the Perrier. 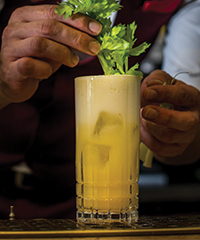 Double strain into a long drink glass, top up with Perrier and garnish with lemon grass and passion fruit. It makes a sumptuous blend of Thai herbs and coconut, with a spritz of Perrier to finish. 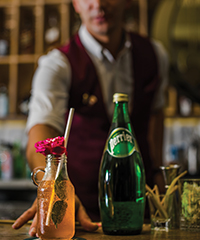 All ingredients were then given a dry shake and poured into a highball glass with ice. Top up with Perrier and garnish with a Kaffir lime leaf.

It is a dry cocktail with the tannin of tea, finished with the silkiness of egg white. Well balanced with all the flavours well aligned on the palate.

Don’t Look At Me Twice

This is an intimate mix of passion fruit and cinnamon, with a touch of pepper. 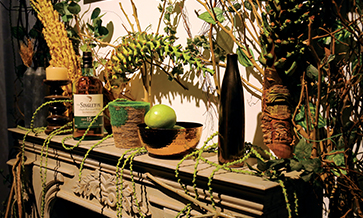 A boot camp for crafting beer 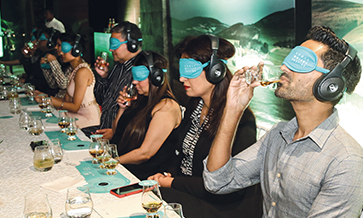