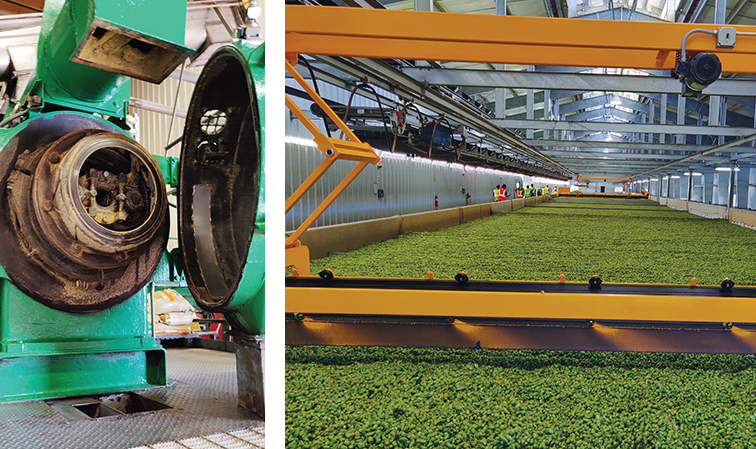 Yakima hops are harvested during August-September, dehydrated and converted to pellets. Temperature during storage plays a crucial role in maintaining hop freshness and quality.

The company has everything a brewer can dream of: the finest equipment and raw materials such as North American hops, Nordic, British and Bavarian malts, yeasts, herbs and spices, and oak barrels for ageing beer.

Why was this visit to YCH so special?

Yakima Valley, in Washington State, has been growing hops since 1872. Today it is the largest hop-growing area in the United States. It is important to note that the main focus of growers of YCH is on sustainability and green practices.

It is the only 100% grower-owned hop company which supply hops from the Pacific North-West and a few selected imported hops from New Zealand, Germany and England.

My business visit was special because I had an opportunity to participate in YCH Hop & Brew School. It is an annual event to experience the thrill of hop harvest (August-September). The two-day event focuses on key learning of hop usage, recipe formulation, experimental varieties, and a lot more.

How are hops cultivated? What do you think are the most significant factors that contribute to hop quality?

The hop plant is native to the Northern Hemisphere, but is now cultivated commercially in both hemispheres, roughly between 30-50-degree latitudes. Hops are the flowers (cones) of the female plant Humulus Lupulus that is a perennial bine (not vine!) that can live up to 20 years.

The plant maintains a perennial root, called a rhizome. Each spring the hop plant grows from the main root system. It is trained on a system of long poles and wires as it can grow up to several feet.

Hops in Yakima Valley are harvested during August-September; the cones and leaves are separated once the harvested bines reach the processing unit. The hops are then dehydrated and converted to pellets. It takes a fortnight to process the hops.

On an average the shelf life of a hop pellet is 3-5 years. Storage temperature plays a crucial role in maintaining the hop freshness and quality – hops must be stored at 0-degree Celsius and in an oxygen-free environment.

Can you tell us more about some popular bittering and aromatic hops from YCH?

My personal favourites aroma hops are Citra, Cascade, Amarillo and Chinook. These are in high demand globally, and in India as well. I prefer Magnum and Columbus as cost-effective bittering hops.

Citra is versatile and can be used for both aroma and bittering. These are quite popular for citrusy, gooseberry, tropical fruits and lychee aromas. These are used quite extensively in IPA and Pale Ale recipes.

Cascade is a popular aroma hop which is used in Lager and IPA as well. Cascade aromatics can be described as floral, citrusy and grapefruit.

Amarillo is a popular aroma hop used mostly among craft brewers for dry hopping IPA and Pale Ales. They are also used in a wide range of beer styles to intensify aromas. The aroma profile is floral and citrus.

Chinook has a spicy and pine-like character. It is widely used in both Pale Ales and IPAs. Hallertauer Magnum is a widely used bittering hop in Lagers and Pale Ales. CTZ or Columbus is a super bittering hop, used to brew aggressive IPAS, barley wine or imperial stouts.

How costly can hops be?

Another crucial point to remember is that hops transported by sea will be cheaper; but the long sea voyage is detrimental to the hop quality and character. Hops delivered by air are costly, but true to their original character.

What are your favourite beer brands and style?

My current favourite Indian bottled beer brands are White Rhino IPA and Kingfisher Ultra Wit. On my recent trip to the US, I had a chance to taste Sierra Nevada Pale Ale and I quiet liked it.

The Speedbird 100 by Brewdog is also a solid golden amber IPA with 4.8% ABV. I also enjoy a lot of beers that I get to try in most Indian brewpubs.

There is a lot of inconsistency in beers which we drink at local brewpubs. Why do you think this is happening? What would you suggest to brewers?

The first thing we need to realise is that it is difficult – but not impossible – to make a consistent craft beer all the time. At most brewpubs there are no parameters to judge the consistency of the product.

Quite often the brewer gets influenced by the owner and consumer feedback. Thirdly, there is no infrastructure available at brewpubs to check the beer quality. Another thing which brewers must realise is that popular commercial breweries took years and years of research before launching a new or a second beer variant in the market.

In short, I would like to suggest that brewers must nail down at least 4-5 beer recipes (styles) first. There is no point of continued innovation with random styles if a brewpub cannot produce even one consistent product.

On the other hand, I also agree that brewers are under tremendous pressure all the time to get beers on tap that they switch the ingredients (recipe) very quickly if they are not happy with the results in the initial few attempts and hence do not get much time to tame a recipe (beer style).

Any tips for home brewers?

In the initial years home brewers should go slow and nail down one beer style, with special attention to mitigating quality issues. A home brewer should not get overblown by the number of styles, but should first learn how to get the beer parameters right.

It is important to have a solid foundation and get your basics right as this will help you to brew consistent and quality beers. 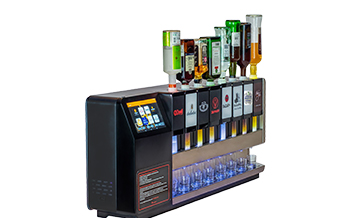 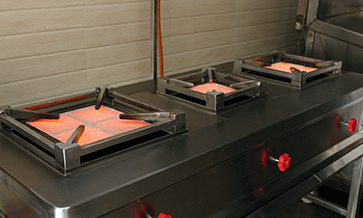 Fuel-ling higher efficiency in the kitchen 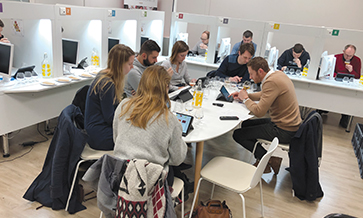