Home Formula-1
The MD of Haryana-based ADS Group, Mr Ashok Maan (L) is now assisted by his sons Paras (C) as CEO and Virat (R), who is Business Head.

When Mr Ashok Maan started out in the alcobev retail and distribution business in 1998, he was a first-generation entrepreneur; but he was sure he had to build a brand for himself.

Thus it was that, in 2012, with a capital expenditure of Rs. 25 lakh, he established ADS Spirits and began manufacturing country liquor. His company soon became the leading player in Haryana.

His distilling and bottling units brought out his first whiskey, Hi Impact. This was followed by Royal Green whiskey, which went on to sell in excess of 10 lakh cases in just the third year of its entry into the market!

“Being a first-generation business, I think setting up my own manufacturing, bottling and distribution network were achievements in themselves,” Ashok says. “When Royal Green became a hit in the market, it was the proverbial icing on the cake.”

Ashok has been followed in the business by his sons, Virat (CEO) and Paras (Business Head), who joined the Managing Director in 2018. “The way they (sons) think, gauge consumer likes and dislikes, and read market trends is a big boon to the business,” Ashok says.

On craft or spirits brands (other than his own) that have excelled in India, Ashok points to the “many that are creating new consumer experiences”. What is his all-time favourite drink? “Undoubtedly The Generation (ADS Group’s premium blended whiskey),” he smiles.

By the time Virat and Paras took up responsibilities, the Group’s annual turnover had touched Rs. 2,000 crore (2019-20). They are spearheading newer brands such as Royal Green premium whiskey, Double Blue premium blended whiskey, Calenter rum and brandy, and Moonwalk gin and apple vodka.

“We still follow the guiding principles of the family, but we focus more on brand building, introduction of technology, new processes in manufacturing and distribution systems, and modern retailing to enhance consumer experience,” says Virat.

What is the most important legacy passed on by their father? “Patience is a virtue; a cost saved is profit earned; managing our people is the key to our success – these are some of the learnings that have been passed on to us,” chips in Paras.

For the brothers, innovation means understanding and offering consumers what they think or prefer, even before they ask for it! And what is their favourite drink? “Milk!” the duo chimes together, “We are teetotallers.” 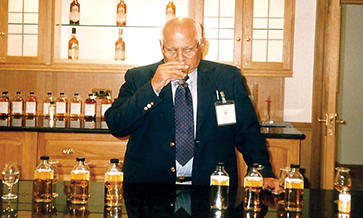 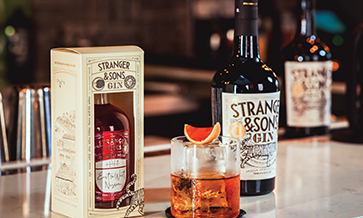