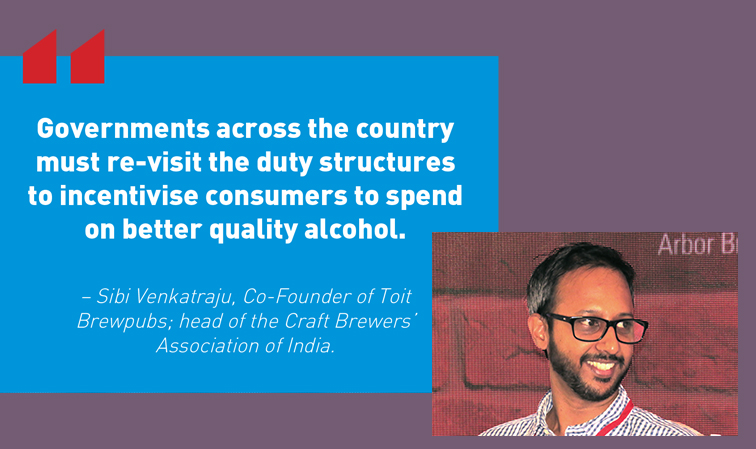 If we all had a dollar for every time somebody said, “These are unprecedented times”, we’d have free beer for life! And if only we invested heavily in those WhatsApp claims of alcohol killing all infections, we’d be in a much better mood right now. (Disclaimer: Consumption of alcohol is not known to kill the corona virus).

The very nascent craft beer industry is India in likely to see a significant overhaul over the next few months. I should point out that when we say craft beer, we don’t include brands that raise and spend money like the world is going to end in a pandemic.

The craft beer scene in India is still mostly dominated by brewpubs, which produce and sell their beer in-house, with some small distribution breweries in Maharashtra and Goa and four medium-sized craft breweries in the country which also bottle.

Brewpubs, while built with a passion for making good craft beer, are first and foremost in the hospitality business. You may have the best beer in the world, but if you cannot get your hospitality business right, the high rents and costs will kill you before the pandemic does.

While purely distribution craft breweries may have low rental and staffing costs, and more holding power, several brewpubs across the country will find it difficult to see through this.

Brewpubs number about 250 in the country, a number that is likely to see a significant drop if efforts are not made to support them. Apart from Karnataka and Maharashtra, no other state has yet shown any flexibility for brewpubs.

While dine-in services are allowed for food, various associations have rightly lobbied and argued that the same standard operating procedures can be followed for alcohol services as we do with food service, the Central government continues to dither on allowing alcohol service at bars, restaurants and hotels.

Even if alcohol service is allowed, a number of entrepreneurs feel that with the level of stigma and fear that is currently active, we are unlikely to see even 30% of normal business for a few months.

The economic fallout of the pandemic will last a while longer and customers are likely to hold back on discretionary spends. Corporate travel and spending will also take a while to recover.

In Bengaluru, for example, corporate spends at brewpubs form about 25% of overall revenue on average. Most brewpubs are massive spaces with very high rents, much more than your average bar.

With pre-Covid levels of business still about 18 months away, it will take some serious relationship building with landlords – and a whole lot of sheer determination – for brewpubs to survive.

Brewpubs have invested heavily in interiors and brewing infrastructure and cannot simply just relocate. It simply comes down to how much rent can be spared over the next 12 months to hold on to that investment.

If that amount is something that can be confidently earned back in the next 18 months or so of normal business, then it is worth keeping.

It hasn’t been all dark news only. With the untiring efforts of the respective local chapters of the Craft Brewers’ Association of India, the Karnataka and Maharashtra governments have been the first states to show flexibility in adapting to the evolving situation by allowing take-away sales of beer for micro-breweries.

The icing on the cake in Maharashtra is being able to get the beer home delivered – at least for now. While the response has been very positive from the customers initially, in Karnataka at least, where the Covid situation seems have made a late surge, micro-breweries have seen declining sale of take-away beers.

Micro-breweries that are known for their quality of beer have generally seen a better response than those that are yet to build that reputation. If there’s a lesson for brewpubs it is to focus on the quality of beer making as their primary objective.

The overall impact on the economy and the drop in discretionary spending is likely to affect bottled craft beer brands as well, what with the price points of these brands significantly premium compared to the regular commercial beers.

The duty structures in most states results in premium alcohol being priced close to, or almost out of, the market. Governments must relook at the duty structures to incentivise consumers to spend on better quality alcohol – thereby also adding to the government coffers.

‘Vocal for Local’ was a mantra of the craft beer industry well before it became a thing in the last few weeks. But, unless governments can differentiate between small breweries and bigger ones in terms of duty structures and fees, we’ll continue to have local bottled craft beer vying for the same market segment as imported beers.

In the meantime, where home delivery is possible, craft beer brands can look for creative ways to reach their customers directly. If there’s a lesson for truly solid independent craft beer brands it is to not burn money to sell your beer during good times, or you won’t have money to burn when you need to.

Is home delivery of alcohol the next big thing? One would think so. In a country beset with archaic excise laws, old and staid distribution and retail set ups, it is notoriously difficult for a small craft brewer selling bottled beer to even get a look in without having to heavily incentivise the distributors and retailers. Once you get into that incentivising game, there really seems no end to it.

Online ordering and home delivery could help change that. Suddenly, a small craft brewer can be creative and innovative in thinking about his/her marketing and sales than purely having to shell out their entire profit margin to the retailer.

Until things get back to normal, however, the craft beer community must come together and, through their local associations, voice their cause for survival: Local for Vocal! If this means creative changes to laws that become permanent game-changers, such as growlers in Maharashtra, then even better!

If there’s anything these times have taught those of us in the alcohol industry, real changes to laws are possible. It just needs a pandemic. 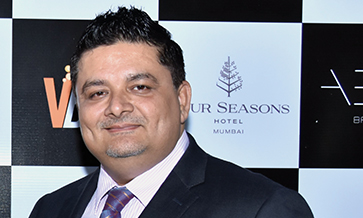 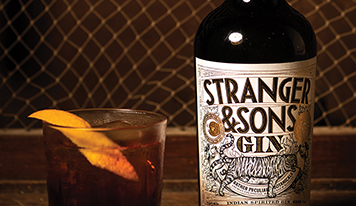 From juniper to ingenuity 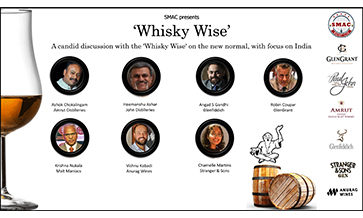