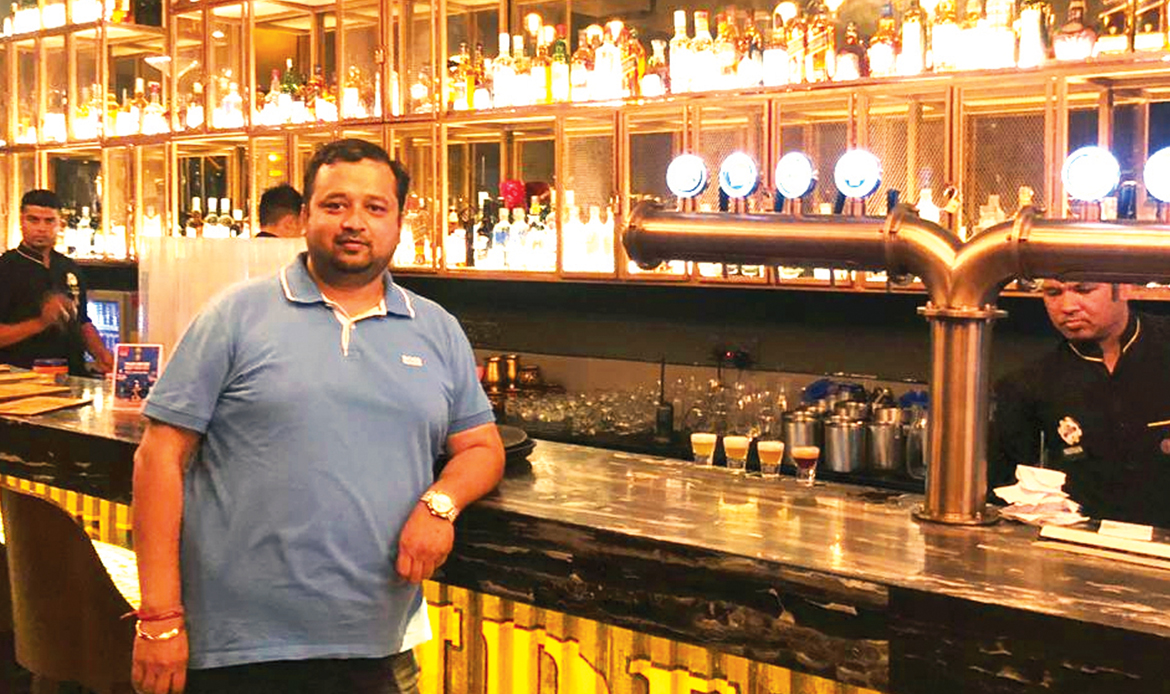 Arundeep Singla is the founder of The Brew Estate in North India, the country’s largest chain of brewpubs with seven outlets, and many more in the pipeline. During his stint in Australia for his Master’s degree, he chanced upon brewpubs that fostered social conversations in a happy and relaxed atmosphere. What he did next was bring that culture home!

Arundeep grew up in Sunam (Punjab), and his Australian encounters spurred the desire to do something that would cater to the lifestyle aspirations of his prosperous north Indian state. Upon returning to India, he set up his own distillery.

Looking at the voluminous opportunities in bottled spirits, he launched his own brands of whisky and vodka in the premium categories. Although he had no background in the alcohol industry, Arundeep managed to grow his portfolio to 14 brands in six states in just 8 years. Today, the brands under the Rock & Storm banner are valued at Rs. 450 crore.

In 2016, he launched his second venture in the artisanal spirits space with The Brew Estate as Punjab’s first, fine dining brewpub. In a twist, he designated it a “café by day, a pub at night”!

Like any other entrepreneurial venture, Arundeep and his team went through a learning phase – albeit a short one – and quickly expanded his network to seven outlets in Punjab, Haryana and Himachal Pradesh.

“The consumer palate for artisanal spirits is different and evolving – unlike the bottled spirits industry, where little innovation has happened over the last 10 years,” he notes. Having an abiding interest in craft spirits, rather than bottled ones, the setting up of The Brew Estate was natural, and spurred his interest in craft beers.

“From the point of view of consumers, craft beers are a new, premium product for youth and tech-savvy people who prefer it over bottled products for its hand-crafted and fresh image,” Arundeep says.

With the success of his brewpubs, hasn’t the thought of bottling his beers entered his thoughts? “Bottled craft beer is an oxymoron. Once you mass-produce a brand, there is no room for craft. It is like any other industrial production initiative,” he retorts.

“If we have come this far with our innovations on flavour with ingredients sourced from the best locations in the world, we will continue this journey and delight our consumers,” he asserts.

But he adds that the industry has to come up with standards and definitions of what craft spirit is, and not allow short-term gains from volume business of bottled spirits to take consumers for a ride. This is the practice worldwide, he notes, pointing out that the US and UK have clear, definitive rules on what can be classified as ‘craft’.

The Brew Estate’s consumer profile in Chandigarh, Panchkula, Shimla, etc. comprises of the upwardly mobile youth who are willing to try out innovative drinking experiences. “We also see families at our outlets with high discretionary spends. They are looking for memorable experiences for their special occasions.”

Increasingly big players are entering the unexplored segment of non-alcoholic beers…. Before I could finish my question, Arundeep has caught on and says, “’Sober spirits’ is a self-defeating category. This is a weak, surrogate attempt at increasing brand franchise to the uninitiated or underage drinkers.”

“Globally, the industry has witnessed innovations at a different level, for example, light beers, or flavoured beers. Non-alcoholic drinks are carbonated and have added sugar content,” he notes.

While craft beer culture is catching on the biggest concern is poor quality, Arundeep agrees. “The quick, cash-flow model of serving craft beer is attracting several players to this industry. As the brewpub business expands its footprint across India the risk is that the industry’s reputation will be at stake,” he says.

Hence, he adds, it is important for a central craft brewer’s body to evolve standards and quality benchmarks to foster the growth of the industry, similar to those in the US, Germany, Australia and other countries.

On wheat beer being the most commonly available beer style in India in both bottled and tap versions, Arundeep observes, “Wheat beer has certain tartness and with optimum carbonation, the fruitiness gets heightened and so it goes well with fruits. Its moderate sweetness and feeble bitterness make it the best among the rest.”

The Brew Estate plans to launch 30 outlets in the next 3 years. “Our rapid expansion is the outcome of our long-term view of the industry and our commitment to offering innovative craft beer experiences to consumers,” the founder says.

Consistent product quality, innovation in beer production, research about new products and uniqueness are some aspects that have helped and ensured the company’s growth.

“Great ambience and being a place best-suited for every community with premium food and craft beers are visible elements that helped us grow,” is how he sums up the success story.

The Brew Estate introduces new flavours every month and is probably the only brewpub chain in India with 80 such offerings. Throughout the year, six beer styles are consistently available at all its outlets: Thirsty Crow, Homerun, Red Ale, Belgian Wit, Wheat Wine and Premium Lager.

Of course, it also launches seasonal beers every month – among them beer flavoured with mango, lychee, watermelon and kiwi – to provide consumers with something new and unique.

Training of staff in the brewpubs is an ongoing function. Trained staff adds to the customer experience by giving information on the beers, allowing consumers to take informed decisions on what they want to try or patronise at specific outlets. “It also provides an opportunity to upsell premium beers,” Arundeep signs off. 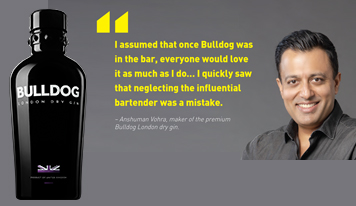 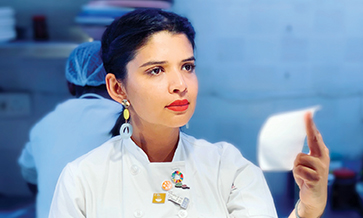 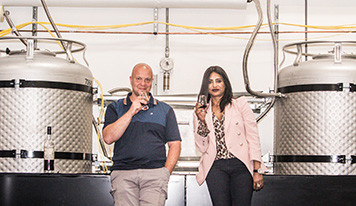