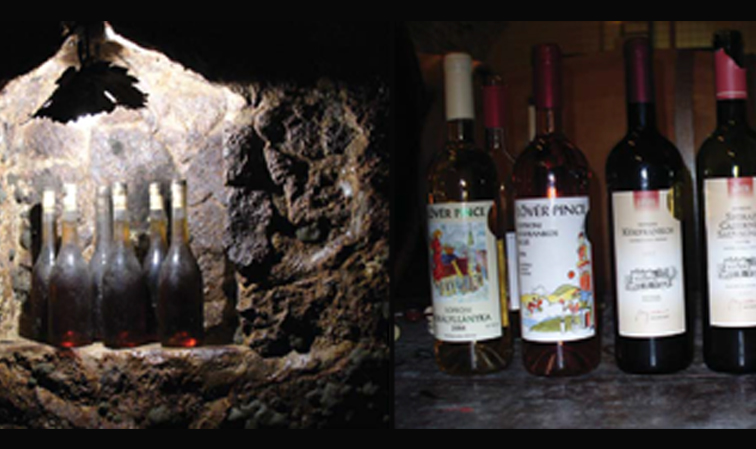 Hungary is well known for its delicious Tokaj dessert wine (L), with a balance between acidity and alcohol. Wines from Lover Pince (R) are exported to Switzerland, Germany and Austria.

A few summers ago, when travel was still not taboo, I was fortunate enough to travel, as part of my studies (International Vintage Masters in Wine) with a group of my multinational classmates through the Hungarian countryside, tasting some fantastic wines.

It was a month-long study tour involving travelling by road and rail across the European continent understanding and experiencing wines. Our study tour had taken us from spending two weeks in Italy and then to Hungary. We were to spend a total of five days in Hungary before heading to Switzerland for a week.

We had a small adventure on the way to Hungary. Our train was to cross Slovenia and then cut across Croatia to head straight to Budapest, the capital of Hungary.

But at 4 am, we were awoken with some rude news. The non-European students amongst us needed a visa to cross the Croatian border or else disembark at the Slovenia-Croatia border!

This was probably the last thing we wanted to hear, reeling under a constant high – thanks to travelling in a fun bunch, and the wines adding to that, we were really tired! An hour later, we were rudely dumped at Ljubljana station, the capital of Slovenia. As a show of solidarity, our European counterparts also got off with us.

So here we were, in the wee hours of a cold early morning, waiting for at least one coffee shop to open. It was still dark around us and in a bid to escape the cold we went exploring the lovely little town where the discotheques were about the only places open.

I decided to join a few friends for a walk around the town; it was like out of a fairy tale: beautifully lit and breath-taking architecture. I realised that my horror had actually turned into excitement (more so as the sun came out)!

Well, soon the shops opened; we got ourselves some good, hot coffee and a nice breakfast and were back at the station to take a different train that went straight from Slovenia to Hungary. Our few hours spent at Ljubljana were a wonderful surprise that I’ll cherish forever!

The route to Budapest was breath-taking, winding through thick forest with hills on both sides and meandering through a beautiful river valley. Hungary is a landlocked country in Central Europe with Austria, Slovakia, Ukraine, Romania, Serbia, Croatia and Slovenia as its neighbours.

Budapest is its capital with the magnificent Danube River dividing the city into Buda and Pest. I think the city could be counted as one of the most beautiful capital cities in the world, with rich arts, culture and architecture speaking of its immensely chequered past. The Celtic, Roman, Ottoman, Hapsburg and later Communist rule have left a strong impression on it.

Sunday is the best day to be in Budapest, when one gets to sample delicious home-made wines and other delicacies in the market that is held on the Chain bridge over the Danube.

After the overnight train from Venice to Budapest and a long bus ride later, we found ourselves reach our destination, Eger (the northeast) around dusk. As soon as we reached we heard loud folk music and knew instantaneously that we had come to the right party!

Often in the shadow of Western European wines, Hungarian wines proved to be a treasure trove waiting to be discovered. Eger is known for its crisp whites from Leányka and Királyleányka, full-bodied whites mainly from Olaszrizling or Chardonnay.

It is also known for its robust reds, known as the Egri Bikavér. They also have some good Pinot Noirs. Some other regions worth visiting for their wines are Duna (Alföld), Dél-Pannónia (South Pannonia), Észak-Dunántúl (North Transdanubia) and Tokaj.

Tokaj is a region is famous for its botrytised wines called Aszu?, known to be one of the world’s oldest botrytised wines. Often these wines are a blend of grapes varieties like Furmint, Ha?rslevel? and Sa?rga Mustkota? (Muscat blanc a? petits grains).

The first vineyard we visited in the region was Het-Szolo Tokaj. The total area under cultivation in Tokaj is 6,000 hectares, which is cultivated by 12,000 farmers. The size of each average holding is less than half a hectare, but this vineyard is one of the biggest domains in the region with an area of 50 hectares.

Tokajbor Bene was a family-run enterprise headed by women that we visited next. This was our most hospitable visit so far and the entire family went out of its way to make our visit memorable. They had 5 hectares of vineyards and bought the produce from an additional 15 hectares.

The local grape varieties here are Furmint, Ha?rslevel?, Sa?rga Mustkota? and Lunel, while the specialities are the Aszu? and Szamorodni (wines may be dry or sweet depending on the level of the noble rot infection).

Finishing the day seeing this all-women team do some great work was rather inspiring. Interestingly enough, about 70% of my classmates and travel partners were women! There was no women’s reservation quota involved – it was merit (and of course knowledge of French). So cheers to that!!

It was our second day in Hungary. We visited Szbki-Badacsony (research institute) in the same region. Here we tasted various Hungarian wines and also had an opportunity to vote the best wine of all that we tasted. They subsequently chose that wine as their entry for a wine show in Hungary.

Our next halt for the day was Tourna Pinceszet Somlo. This vineyard consists of 50 hectares spread out over several villages. Established in 1946, they grow a variety of cultivars like Fourmint, Harslevelu and Riesling.

Most of the grapes are manually harvested. The climate makes Hungary best suited for white wines, except for the region of Eger, where they have some good reds wines.

We took a closer look at Bor marketing (Bor means grapes) at a wine cooperative in the region of Sopron. It is a good example of proactive thinking and innovative marketing and used European Union sponsorship for their brochure to their maximum advantage.

The region of Sopron was marketed as a wine trail with various wine tastings and restaurants adding to its USP. This cooperative had some high-quality red wines like the Kekfrankos, which is the most popular red in the country. Zold Veltelini is also another popular late harvest wine.

Day three in Hungary kick-started with a visit to Lover Pince. With a total of 100 hectares, 13,000 hectolitres of wine is produced here. Of this, 50% is exported to Switzerland, Germany and Austria, and the rest is sold in their own shops and restaurants in Hungary.

This visit was followed by a lovely lunch at a local restaurant. Since the weather was wet and cold, the typical Hungarian goulash (pork or beef stew cooked with vegetables) seemed to cement the day for us – the spices did it for me, because over the last few weeks we were only eating bland food!

The next visit was to the Vinceller vineyards, again a nice small winery making some good wines. We tasted some typical Hungarian grape varieties there like Kadarka, Kiralyleanyka,Olaszrizling, Furmint, Ezerjo, Juhfark and Harslevelu. This was turning out to be a summer to remember! 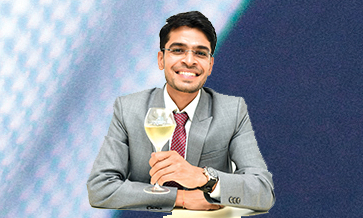 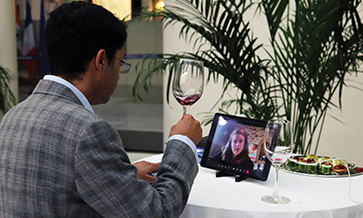 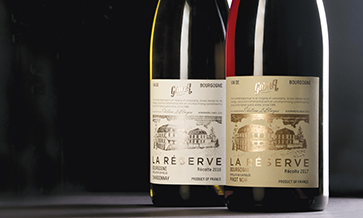