Shinji Fukuyo, Chief Blender for the House of Suntory, was in India recently at the launch of select brands from its portfolio, Yamazaki Distiller’s Reserve, Hibiki Harmony and Roku Gin. Fukuyo San is a world renowned blender, and only the 5th ever Master Blender from the House of Suntory. Vikram Achanta met with him shortly after the launch for an interview.

Fukuyo San, currently there is no definition for Japanese whisky. Is that correct?

We do have a definition of what is whisky in Japan; but not of what is ‘Japanese whisky’!

Is there any move towards defining set standards for Japanese whisky?

There are many different opinions on that subject, but we are now trying to set some standards to define what Japanese whisky is.

Yes, I see. Particularly in the USA, they say this is Japanese whisky; but from our point of view, it’s not whisky. In current Japanese regulation, we have to use malted barley, but some spirits use the koji enzyme, which make them more a Shochu (a Japanese domestic spirit) rather than a whisky. However, under US regulations, it can be called a whisky.

What is more difficult to make: a single malt or blended whisky?

In the case of malt whisky, it is relatively easy to express the character of the liquid, with just a few variables – such as the type of casks, or the type of pot stills – playing a role to design a malt whisky brand.

In the case of blended whisky, where we are using malt whisky and grain whisky, we have to harmonise the two; so it is relatively more difficult to highlight the distinguishing characteristics of the final blend.

Over the last 5 years, we have expanded our distillation capacity. We have added two more pairs of pot stills each in Yamazaki and Hakushu distilleries. So we have much more distillation volume, and as a result we need many more warehouses. So, every year we are building more warehouses to prepare for future demand.

Do you import malt or grain spirit for any of your blends?

We have recently created a whisky called Ao (‘blue’ in Japanese), which is a ‘World whisky’. It has been blended and bottled in Japan, but uses five different whiskies in the blend: Japanese, Scotch, Irish, American and Canadian.

You have recently created Legent, a new bourbon, with Fred Noe (Jim Beam’s Master Distiller), again an innovative approach to whisky making, where you had 2 different cask finished bourbons, blended with bourbon aged in American oak barrels. You also have the most recent example of Oaksmith launched in India, which uses a blend of Bourbon and Scotch whisky. Is there more experimentation going on in the House of Suntory?

Beam Suntory was born in 2014, just 5 years ago. Since then – not from the point of new product development – whisky engineers and researchers have come together from all our distilleries in different countries to share information, techniques and skills. Then we began to synergize, with Legent being the first product from that, and the next being Ao, and now Oaksmith.

I was reading about your Chita grain whisky, an important component of your blends, and you have ‘light’, ‘medium’ and ‘heavy’ styles. What is the difference?

Two key elements determine this, one of which is distillation. We have four column stills at Chita. When we distill light style, we use all four columns; for medium we use three columns; and for heavy two columns are employed.

Using two columns we can distill much heavier spirit. The other point is the ratio between corn and malted barley.

When we distill heavier type, we use much more malted barley.

For Japanese single malt whiskies have you ever used finishes?

(‘Finish’ in the whisky industry refers to a practice of secondary cask finishing, where the liquid, after spending the bulk of its life in say an American oak barrel, is ‘finished’ in another kind of cask, say a wine or a rum cask.)

Sometimes. For example, for the Yamazaki Distiller’s Reserve, one of the single malts used is a wine-cask-finish Yamazaki. The wine cask was a Bordeaux red wine cask made from French oak. We also launched Hibiki Blender’s Choice last year, which also included wine cask finish whiskies, for some of the malt and grain whiskies in the blend.

How would you recommend that consumers drink the Yamazaki Distiller’s Reserve and the Hibiki Harmony?

Whisky is a very mixable spirit. However, I recommend you start with straight, and then add a drop of water to open the aromas. On the rocks is always a good treatment.

What is your sense of the palate of the Indian consumer?

I still have a lot to understand about the Indian palate; but so far I think Indian food and snacks are very spicy. High strength alcohol may not go very well with that; which is why Indians might be diluting their whisky with water or soda. I see that some Indians also like very smoky whisky.

What is your own favourite whisky?

It depends on the occasion. In summer I prefer a Toki Highball. Toki is a very approachable whisky from our portfolio, especially from a price point. Tall glass, lots of ice, whisky, soda and a squeeze of lime.

In winters I enjoy Kakubin, another best-selling Japanese whisky, first launched in 1937. 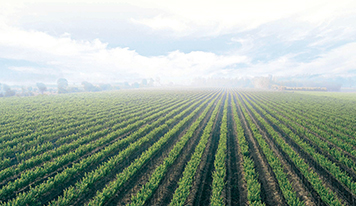 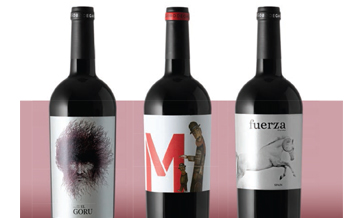 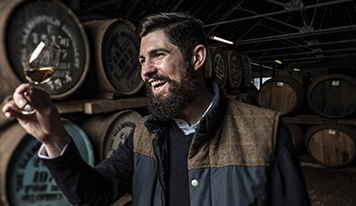