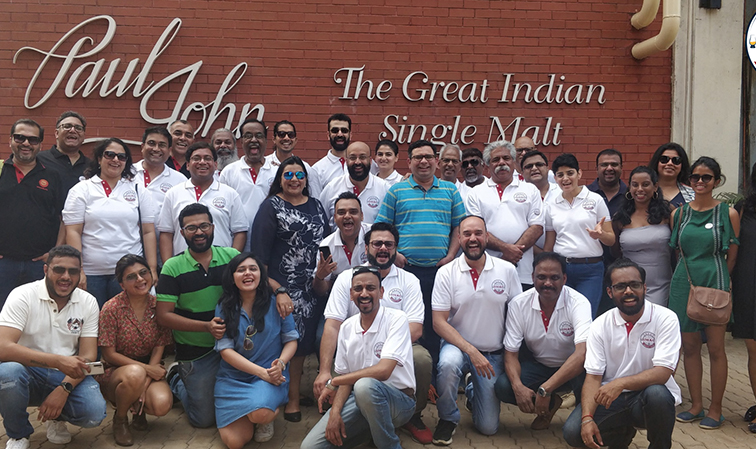 Ever since I have indulged in whisky, spending years understanding this great art and spreading the love for it, I have simply been unable to come to terms with the lack of creativity in the Indian whisky space.

Whisky making in Scotland and other parts of the world is considered an art; but in our country, the largest consumer of whisky globally, it is just another product coming off an assembly line.

Well, with an annual consumption of 3.7 billion litres, why would the producers do things differently?

I established ‘Single Malt Amateur Club’ (SMAC) in 2011 with the sole purpose of bringing like-minded whisky loving people of India together. I wanted to offer the members of SMAC something unique and bespoke – and ‘Cask 6028’ is just that!

In January 2019, SMAC created history by curating India’s first whisky tour. Fifteen club members were hosted by Paul John at their gorgeous visitors centre in Goa. It was a memorable experience for many who were visiting a distillery for the first time.

While the tour itself was a resounding success, I was secretly evaluating samples from the best single casks that Michael D’Souza (Master Distiller of Paul John) had lined up. I tasted and chose with care and we tucked away ‘Cask 6028’ to quietly work its magic.

The numerous events and tasting sessions conducted by SMAC helped me narrow down the preferences of members, and this selection was a reflection of that process. It is also Paul John’s first single cask release in India.

A year later this sprit reached its prime, and was ready to be bottled exclusively for the members of SMAC. A single cask is whisky matured in one single barrel which exhibits individuality and character.

This wonderfully rounded, peated whisky is bottled at near-cask strength of 50% ABV. It has vanilla, orange marmalade and honey as its prime notes, with clean peat giving it a remarkable spine.

Look out for that distinct edge of sea salt which is common to whiskies matured close to the shores. Paul John has left no stone unturned to make this product truly world class, be it the elegant packaging and design or the hidden artwork by Mario Miranda – which reveals itself as you consume the contents of the bottle!

To give this bottle a fitting welcome, close to 40 passionate members of the club descended to the place of origin – The Paul John distillery in Goa on Leap Day (29 February 2020).

After an educative tour of the production process the participants were treated to some of the best whiskies that Paul John produces. These lucky enthusiasts witnessed the unveiling of the single cask release and got to taste the special whisky.

This March the bottles will be available for members to purchase at Anurag Wines on Brigade Road, Bengaluru, SMAC’s exclusive retail partner. With a patronage of over 3,000 registered members, this limited edition of 224 bottles is likely to vanish from the shelves in record time!

This release marks the club’s third such venture at offering exclusive tailor-made whiskies for its adherents. A trilogy called ‘Amaze’ was conceptualised and co-created with Amrut Distilleries in 2017.

The first two editions of this bottle met with tremendous success from whisky judges across the globe, who rated the whisky at over 90 points.

As a community the club continues to grow at a rapid pace reflecting the growing interest in single malt whisky. Events conducted at regular intervals, to kindle the passion of tasting malt whisky, gives the members an opportunity to meet and exchange views about their recent partaking.

Apart from conducting whisky master classes and hosting tasting events, SMAC engages with various whisky producers across the globe to offer its members some very exclusive drams. The best things in life are free, and so is membership to the club!

Having spent over 15 years exploring the world of whisky and visiting numerous distilleries across the world my club members can be assured of  sustained creativity as I endeavour to offer bespoke whiskies, invitations to whisky launches, tasting events and personalised distillery tours. 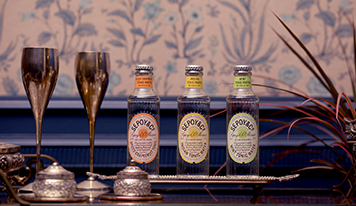 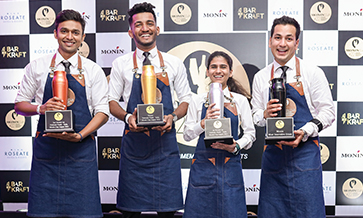 Kottary is Monin’s flavour of the season 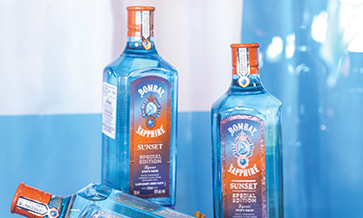