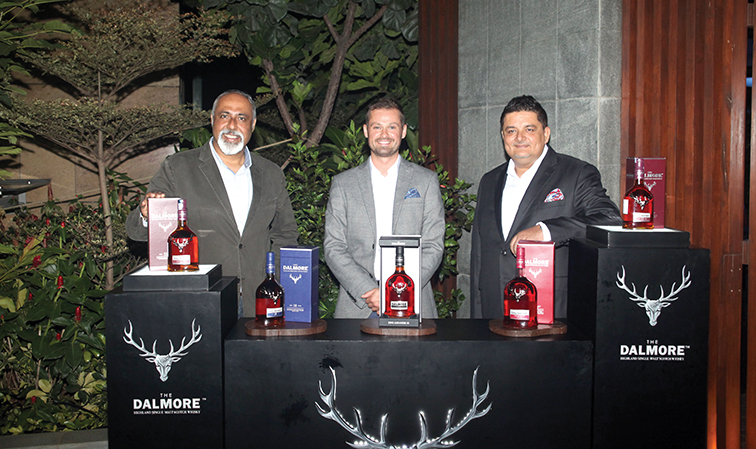 The Scotch Whisky Association reported that India hit a new high in 2018, bumping it up to one of the top markets for Scotch whisky. The Scotch industry’s annual exports stood at £4.7 billion that year.

Story-telling connects a brand with people more than any commercial figures or market data. And Scotland is shrouded in tales of tradition, mystery and legends more than any other similar geographic region in Europe, says Stephen. We couldn’t agree more!

And so it is that the only whisky coming out of the Island of Jura – its distillery was revived from the dead after 62 years! – has a hoary community traditions, and is now the UK’s fourth-biggest distillery.

The 12-point horns of the stag that signify the Dalmore single malt also has a history dating back to 1263 AD. These, and many more stories are etched in Stephen’s mind after his extensive study of and exposure to the world’s most important distilling regions.

Stephen, who began his career in hospitality in 2002, became a huge part of the renaissance of cocktail culture in the UK through his exploits as a successful competing bartender. He also gained considerable experience in cocktail bars, restaurants, nightclubs and hotels across Scotland, Ireland, England and Australia.

Stephen assumed the role of Whyte & Mackay’s Global Malt Whisky Specialist in November 2018, and shares the great stories from Jura, The Dalmore, Fettercairn and Tamnavulin across all markets.

However, owing to several malts and blends swamping the markets worldwide, Whyte & Mackay re-modelled and re-launched Jura in 2018. “The new range of Jura whiskies is now fresh, bright and lively, and displays a consistent house style,” Stephen days.

But single malts, especially Scotch, are attracting more consumers of late. “People are more aware of what they are drinking. More people want to engage with the specific characters coming out of specific distilleries,” Stephen says, “And that is what our range of Jura, The Dalmore, Fettercairn and Tamnavulin offers them.”

But the Indian market, the largest in the world by volume, is dominated by blended Scotch drinkers. How will Whyte & Mackay break the ice with them? Stephen is quick to point out that his company is also introducing the John Barr Reserve, an award-winning blended Scotch.

“It’s not so much about competition or pricing as it is about positioning and flavour profiles,” he says. “Indians have a wonderful attitude towards whiskies – you drink it neat, or on the rocks, or have it with water, or even with Coke!” he notes. So Whyte & Mackay is laying its bets on all types of consumers.

The Jura 10-YO is sweet, fruity and vibrant due to the combination of quality ex-Bourbon casks and Oloroso sherry butts. The Dalmore 12-YO has a very rich and robust body. Of course, these are best appreciated neat, or with water, to best bring out their flavours.

“Our plans for the growth of The Dalmore 12-YO, Jura 10-YO single malts and John Barr blended whisky in India are very ambitious over the next 5 years,” Stephen says.

What is it that enthuses Stephen about the Indian market? He notes that Millennials these days are more explorative and experimental about their spirits choices. “We are promoting our single malts as an aperitif, or main spirit, or as cocktails, even pairing them with food and as after-dinner drink,” he says.

And these will be positioned and promoted in the right places – in upscale bars and restaurants, 5-star hotels and through whisky clubs.

What has been Stephen’s experience with Whyte & Mackay, and his role as Brand Ambassador? “We at Whyte & Mackay are a close-knit family and work from the same premises. The production, distillery management, marketing and brand advocacy teams exchange ideas every once in a while. So there is a lot of innovation and experimentation going on,” he says.

A brand ambassador is a very important link between the companies and its brands on one side and the spirits trade on the other. But brand advocacy is vastly different from bartending. One must know the category and brands inside-out, but also be able to think on one’s feet all the time – improvising as the situation or market demands.

A brand ambassador needs to constantly flit between time zones, Stephen points out, but the travel across geographies and cultures is amazing. Self-discipline and passion go hand-in-hand in such a role. “Above all, you must bring value to the table,” Stephen says, adding, “Be careful what you wish for – this role can be very demanding!”

Amid the hectic travelling and gruelling lessons, what is his favourite whisky to unwind? “My best whisky is the one I’m sipping; or the one someone’s offering me for free!” he jokes.

What fictional character would he like to share a drink with? “James Bond!” is the immediate answer. And his desert island dram? “It will have to be something coastal, salty, a bit smoky – maybe add some coconut water – a Jura 12-YO!” he signs off.

I ask Ashish Monga, Commercial Director for West Asia, India and Africa at Whyte & Mackay, what drives the increasing interest in single malts. “International travel is undoubtedly the biggest driver for interest in single malts among Indians,” he says, adding that the Internet and social media have also helped in exchange of information, reading trends and sharing experiences among consumers.

He also attributes the rising interest to women consumers going beyond wines and white spirits to experiment with whiskies. The category even has women brand ambassadors in the West, a trend that will surely catch up in India.

About Whyte & Mackay’s strategy in India, Ashish says the bottled in origin category offered by the company covers John Barr blended Scotch in the Rs 2,000 segment; Jura 10-YO at around Rs 6,000, and The Dalmore 12-YO in the Rs 9,000 bracket. “We are catering to all strata of consumers and the connoisseurs too!” he says. 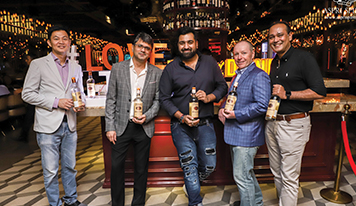 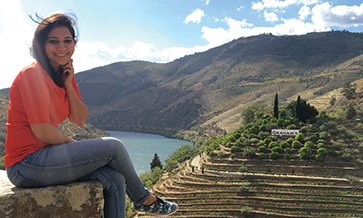 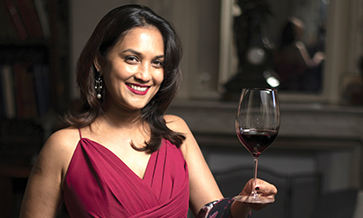