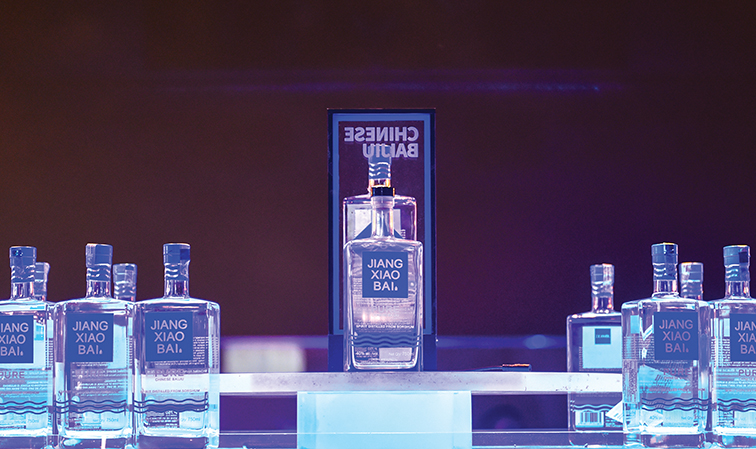 A Chinese distillery has turned the centuries-old traditional baijiu spirit-making on its head, embraced a young and creative energy, and risen to be the most popular domestic baijiu brand among young adults in China – all in a span of just 8 years!

The new-comer has proclaimed a “Renaissance of the old flavour” in its endeavour to cater to the huge market of 20-40-year-old consumers, not only in China, but 24 other countries worldwide: from Japan and Korea to Australia and New Zealand, the US and Canada to Germany and Italy, and even in the Congo and Nigeria!

Jiangxiaobai’s (JXB) spirits are distilled at Jiangji Distillery, which is located on the banks of the Yangtze River, and boasts its own ancient terroir, fertile soil and a long history of liquor-making. The distillery’s selenium-rich soil is planted with a large amount of high-quality sorghum (Jowar), and all the land’s produce is used for the spirit production.

According to Mr Zoe Fu, Director of International Business for JXB, in the year

2011, India’s GDP was US$ 4.457 trillion, ranking third with Japan in the world, behind the US and China. With a young population and a growing middle class, India is one of the largest and fastest growing markets for alcohol products in the Asia-Pacific region.

He noted that the Indian spirits market, which has been dominated by whisky for a long time, requires the addition of new spirits categories. “India is a young country and baijiu is perfectly suited for that demographic. We hope to popularise the new face of Chinese baijiu and use it as a medium to deepen cultural exchange between China and India,” he added.

Traditionally, Chinese baijiu can be between 52-56% ABV and is pungent. But the young generation took to the softer version of JXB like fish to water. Its smooth palate, light creamy feel and citrus notes have made JXB baijiu so popular among the young that it is now the leading brand in baijiu in China.

According to Mr Leonard Menezes, Business Head in India for the company, JXB-Pure baijiu is ideal for Indian tastes too, with cocktails made from cucumber and orange juices already a hit – another option is adding masala tea! “After Tequila, vodka, gin and Mezcal, the energetic bartending community was looking for some new base for exotic cocktails; our baijiu will offer them that,” he said. 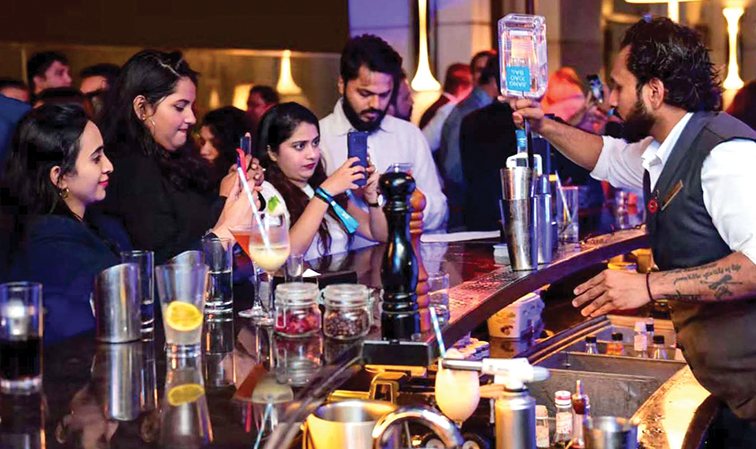 Jiangxiaobai-Pure is aimed at the young generation that imbibes in moderation, but wants exotic experiences.

JXB-Pure is represented in India by VBev, a Mumbai-based company established for the import, marketing, sales and distribution of international wine, beer and spirit brands across the Indian sub-continent.

Its CEO, Mr Sumedh Singh Mandla, quoted the latest IWSR report as stating that the imported white spirits category in India has grown 12.5% over the last year, the highest growth being in the imported premium segment.

“JXB-Pure, as the first in its category, is sure to carve a niche for itself in the Indian market. It will join other premium white spirits, but with a unique flavour profile, in high energy bars and fine dine Chinese and Asian restaurants,” he said.

As a mixed fragrance of green apple and fresh grass, as well as a sweet-n-smooth taste, JXB-Pure will act as a cocktail base, bringing a rich sense of layers and an unforgettable flavour experience, he feels. 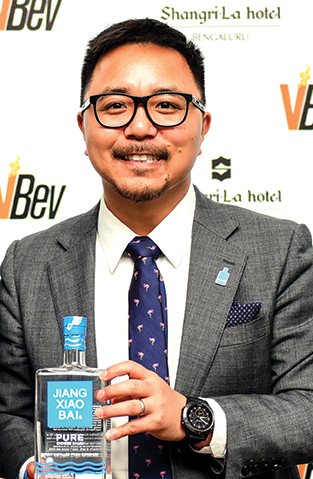 The gluco-amylase produced by the Qu (pronounced ‘Chu’) transforms the glucose into alcohol and carbon dioxide, esters and aromatic compounds. After fermentation, impurities in the liquid are removed to provide the base liquor.

Liquid turbidity is removed, alcohol content brought down to industry standards and the desired liquor texture achieved. After thorough quality control, it is aged for more than 3 years.

What is Qu? According to Rojita Tewari, Brand Ambassador for JXB in India, it is sometimes incorrectly translated as brewer’s yeast, but contains much more than that. Qu is made by crushing moistened grains into a paste, forming them into clumps and continuously adjusting their moisture level in a controlled environment.

By the end of the process the clumps have drawn yeast, bacteria and other micro-organisms from the air, which coat the surface and interior of the grain clumps. “Qu can create subtle differences in taste and recipes are the most carefully guarded secrets in the industry,” Rojita says. 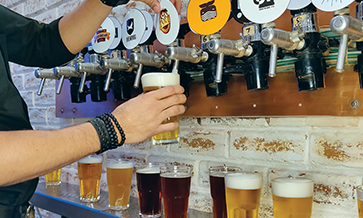 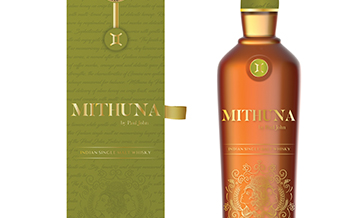 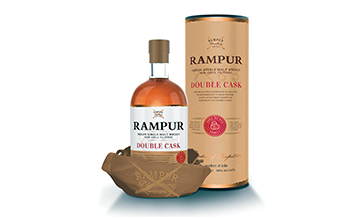