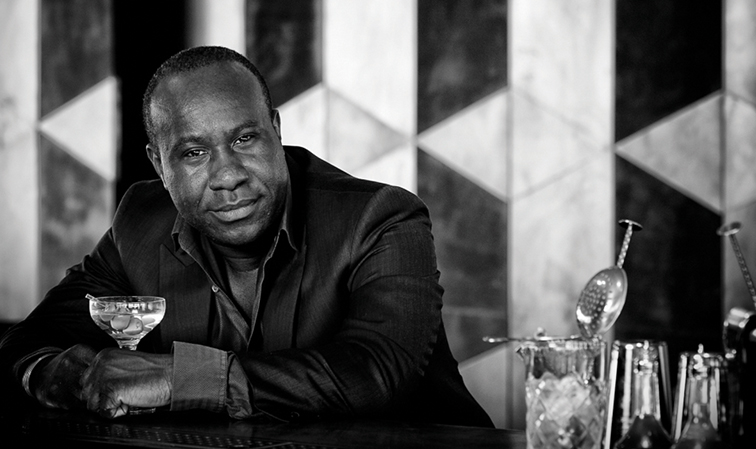 The man behind the drink recently passed away; but he leaves behind the legacy of this cocktail, one still ordered frequently across bars in the UK and a modern classic in its own right.

The story behind the cocktail is less provocative than one would imagine, and the cocktail itself was originally named the ‘Maverick Martini’. The word ‘maverick’ was lifted from one of Douglas’ favourite, and arguably sketchy, haunts during his time in the Maverick Gentleman’s Club.

Douglas was working in Cape Town (South Africa) on his cocktail book, Shaken & Stirred, and it was apparently on the way to work where inspiration struck Douglas, and he created the cocktail in less than 15 minutes.

It is served with half a shell of passionfruit, a shot of Champagne and a teaspoon. The drinking sequence, as suggested by the creator himself, is to scoop out fresh passionfruit flesh along with a sip of the drink, followed by the Champagne to clean your palate.

The dryness and acidity of the Champagne cuts through the sweet and decadent flavours of vanilla and passionfruit.

In 2018 it was named the UK’s favourite cocktail, overtaking the mighty Mojito and the 6th-most searched for cocktail in Difford’s guide. In 2017, seemingly operating from the principle that if you want something done properly, you do it yourself, Douglas released a bottled cocktail called P*Star, tired of the poorly made versions of his cocktail in London bars.

Even two decades after the birth of the drink, its popularity remains unchallenged. While the name may slowly lose favour as our sensitivities sharpen, the glorious flavour combination of passionfruit and vanilla will continue to rule. 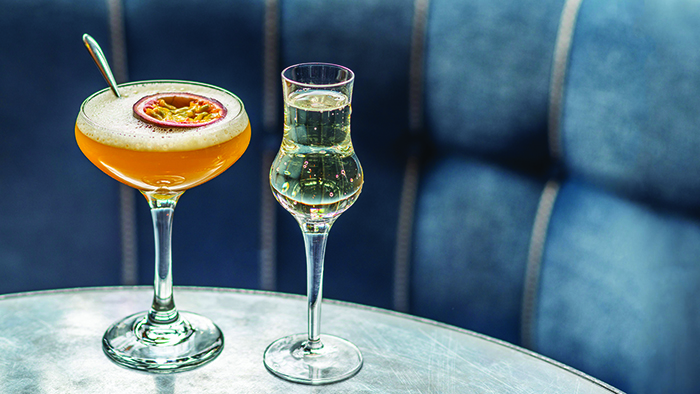 (This can be made at home: slice 2-3 vanilla beans down the middle and drop into a bottle of vodka for up to a week. The vodka will extract the vanilla flavour, and the colour may change to a light amber as well).

(If Passoa is not readily available, the liqueur can be substituted with 10 ml of passionfruit syrup).

(to be served on the side).

Combine all ingredients (except the Champagne) in a mixing tin and shake with ice. Strain into a chilled Martini glass. Garnish with half of a sliced-open passion fruit. Serve with shot of chilled Champagne on the side. 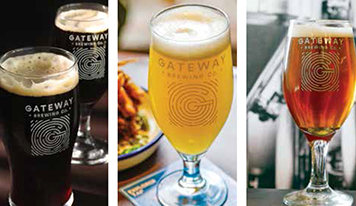