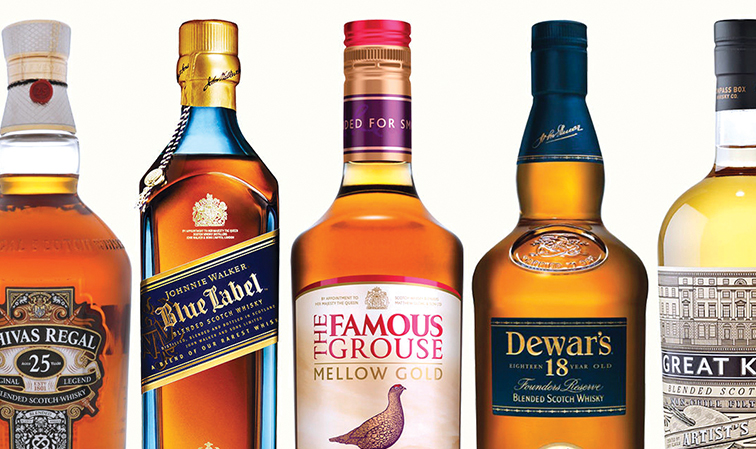 “I drink only single malts!” Should we laud this pompous ass? Look upon him with awe? Should we hang on to every word that drips from his lips? Is bandying words with buddies of a single malt club the road to understanding the soul of the single malt?

Am I being cynical? Is pretentious better? In our search for identity and status, we often lose sight of the real deal. That life is about more than just fitting in, being important and knowing it all. Delighting in complexity of flavour is better than drowning in a superiority complex.

At the time, when this discovery of the single malt was reaching dizzying heights in India – maybe just under a decade ago – someone asked me whether I thought that meant the end of blended whisky. I was thrown at first. What a strange question!

I soon realized that it wasn’t his fault. In his mind, this new whisky was so much the rage that all others were bound to be forsaken. He didn’t know that the single malt had always existed. That it was, in fact, the mother lode.

It was the treasure chest from where blended whisky was created, because a large section of people could not handle the often power-packed flavour of the single malt!

It began with village store owners like John Walker who, in his quest to please his loyal customers while needing to sell his barrels of single malt, experimented with mixing the different whiskies and then toning them down by adding a neutral spirit and water to make them acceptable.

He noticed that some blends worked better than others, and finally found the perfect recipe that his customers kept coming back for. Word travelled and soon other storekeepers like Chivas Brothers, Berry Brothers & Rudd, and more all started following suit. Thus was born the idea of blended Scotch whisky.

After an initial uproar by the Scottish distillers, laws were made and the blend was officially sanctioned. Blended whiskies are the visions of artists who, after understanding the personalities of so many single malts from various areas and of varying ages, harness the best of each, to create a new masterpiece.

Each little gem has a unique character that you look forward to, every time you open the bottle. If you have experienced the joys of discovering beautiful blends that sing in your mouth, you’ll know what I mean. Sure I like single malts, but I would never forsake the fabulous blends that taught me all about Scotch whisky.

The young and vibrant Johnnie Walker Red Label, the mellow sweetness of Cutty Sark, the gentle Ballantine’s, big  bold Johnnie Walker Black Label, the unctuous Chivas 18, the fabulous Ballantine’s 17… There are more than 3,000 blended whiskies, each with its own identity and fan following. There’s no danger of them becoming extinct!

The single malt in itself is a very individualistic creature. It takes on distinctive characteristics at every turn, at the hands of its master distiller or as a slave of the barrels that house it. Shaped by the environment around it, it plays with the wood and the little chemical equations floating around the waiting liquid. Asking to be savoured, not idolised.

There are maybe a little over a hundred operating single malt distilleries at any given time, and each one makes a malt whisky that is then usually named after the distillery itself. The Glenlivet, Glenmorangie, Lagavulin, Laphroaig, Talisker, Jura, Dalmore…

Then Master Distillers create interesting variants of these by “finishing” them in specially chosen casks. Try sipping on the Glenmorangie Quinta Ruban – a coppery dram infused with the soul of port or the apple and spice – Balvenie Triple Wood and the warm and tingly Glenfiddich Solera Reserve.

It’s about endless joy; about community and friendships. Accepting our uniqueness and celebrating our differences, together. And seeing life from a wide angle lens. The subtle nuances and interesting twists lie in the adventurous approach. A fresh surprise lays waiting at every corner – in the glass and otherwise. Slainte! 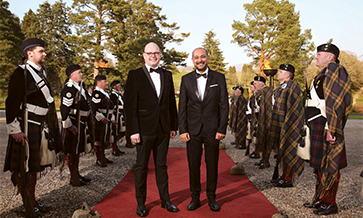 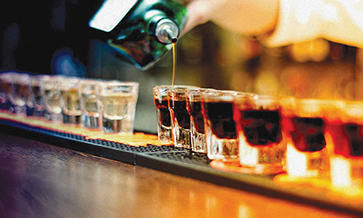 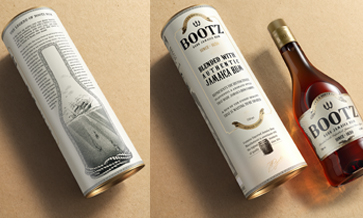 Telling apart a brand from the band