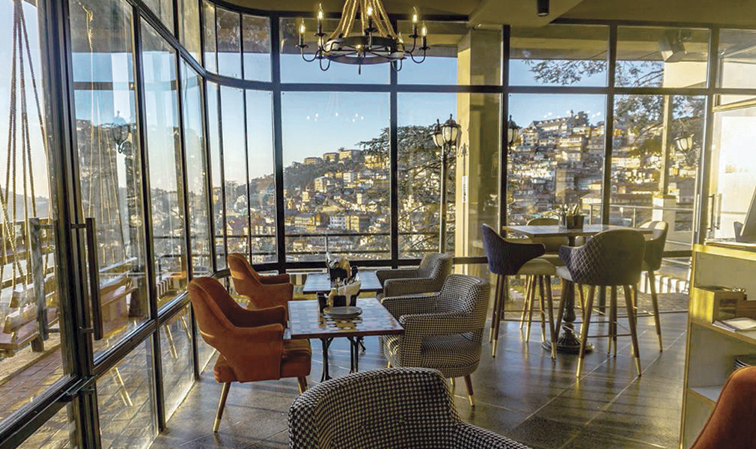 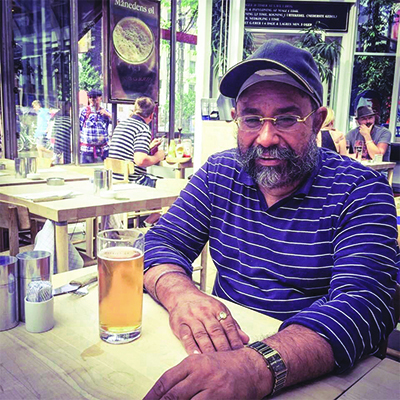 Shimla Brewing has stunning views and interiors, beers and ciders on tap. It was established by H.S. Kochhar (inset).

The alcohol beverage market is definitely on an upswing in India, with an annual growth rate of 11.41% projected for this year also. While whiskey continues to hold pole position, beer is snapping at its heels as the second-most popular drink of choice.

Within the beer segment, crafts beers have a mere 2% share of the domestic market; but they are enjoying their ‘moment in the sun’, clocking an eye-popping annual growth rate of more than 20%, compared to about 7% for the overall beer segment.

In India, the concept of micro-breweries and craft beers is about a decade old. Even as niche concepts, they have increasingly captured the public imagination and attracted middle-class Indians. Today, micro-breweries and taprooms are so well-entrenched as a part of the urban landscape that even star hotels feel the need to jump on to the bandwagon.

The micro-brewery market exists mostly in Tier-1 urban markets, including Gurugram, Mumbai, Pune and Bengaluru. With an estimated 150 micro-breweries in the country, the craft space is definitely getting more competitive by the day. 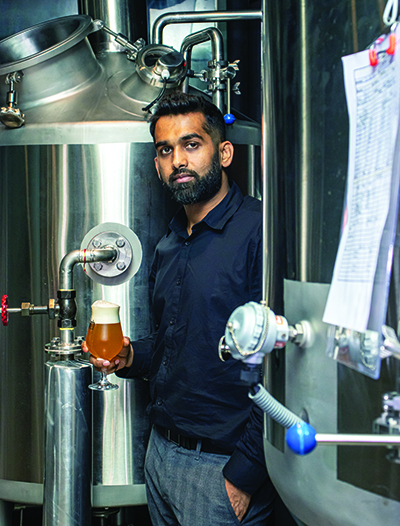 Rachit Saboo’s micro-brewery in his Terra Mayaa restaurant caters to the increasing demand for craft beers in Guwahati.

The industry is watching how micro-breweries are catching on and spreading to Tier-2 and Tier-3 cities – places that have traditionally been considered more conservative and resistant to change.

There is a growing number of young, educated, upwardly mobile and highly aspirational people residing in these cities and towns – and the ‘work from home’ culture has led to many metro dwellers to returning to their hometowns. With increasing discretionary spends, there is also a rising demand for the good things in life, including craft beer.

Nakul Bhonsle of Great State Ale Works, a Pune-based distribution micro-brewery, makes an interesting point: “We are seeing breweries come up in Kolhapur and Nagpur. Breweries in smaller cities are opening due to exposure of entrepreneurs there to what they are seeing in the metros.”

Each entrepreneur we spoke to has a different take on plunging into hitherto uncharted waters. Himanshu Dhanuk, who opened Black Brewhouse, the first micro-brewery in Lucknow (Uttar Pradesh) says: “The thought was planted in 1993 when I was doing my hotel management course in Bengaluru. I tasted some of the finest brews from across India and finally decided that I should set up my own micro-brewery.”

Prasad Radhakrishnan decided to start his venture, Catamaran Brewing Co., the first micro-brewery in the Union Territory of Puducherry, because he saw untapped potential in this vibrant tourist city.

His college mate, Rangaraju Narayansamy, is from Puducherry and has experience in the food industry. This helped them team up and zero in on this unique location, with its distinct French colonial architecture and cultural flavour.

For Teja Chekuri, the Managing Partner of IronHill India, who successfully runs micro-breweries in Hyderabad and Bengaluru, the story is slightly different. Opening micro-breweries in Tier-2 cities of his native Andhra Pradesh (Vijayawada, Visakhapatnam, Rajahmundry and Nellore) was a business strategy that made immense sense because there was no competition.

“In smaller towns you can’t afford a brewmaster and all the expensive brewing equipment. Because IronHill has multiple outlets, we can afford to do what many smaller players are unable to do,” he says.

Economics and viability will definitely be on the mind of any businessman and s/he would have done his/her homework before taking the plunge. Setting up a micro-brewery involves a lot of capital (land, lease, machinery, material inputs).

The advantage in smaller cities is that land costs are definitely easier on the pocket compared to the metros. Besides, the competition is far less, and the cash counter starts ringing much earlier.

What clinched the issue for Rachit Saboo, who set up his fine dining roof-top restaurant Terra Mayaa in Guwahati (Assam) 10 years ago, was the need to stay up-to-date with the trends in the industry. He took the plunge after gauging the increasing demand for craft beers from his patrons in Guwahati.

“We were the first to give the proposal for change in the state’s excise policy, but we are the third brewery in Guwahati,” Rachit says. “The availability of brewery equipment and skilled brewers in India led us to believe in the viability of making craft beers available to the public,” he adds.

Prasad believes that there is still scope for more micro-breweries in the hinterland. “Our metros are far from being saturated with craft breweries. But it is significantly more expensive to lease space and operate a brewpub there. So, budget-wise it may be easier to open one in a smaller town,” he notes.

Teja (Iron Hill) adopted a different business model. “All our outlets are franchisees. We structure the menu and brew the beers for them. If there are any problems with their operations, we help them out,” he reveals.

Did the Covid-19 pandemic hasten the entry of micro-breweries into their towns? Rachit opines: “The pandemic opened the doors for us; the state government wanted an increase in revenue. Red tape was cut after the government lockdowns eased. The reverse migration from metros saw the natives seeking fresh beers.”

Upasana Kochhar, who runs Shimla Brewing Co., felt that with the ebbing of the pandemic people increasingly felt the need to live close to nature. “That’s our whole concept at Shimla Brewing; it’s a strong source story,” she says.

Located in their Hotel Willow Banks, the micro-brewery was the brainchild of Upasana’s father, H.S. Kochhar. Coming from a hospitality background, setting up the stunningly beautiful, one-of-a-kind brewpub was but a natural extension of their existing business in Shimla (Himachal Pradesh).

However, Prasad (Catamaran) and Himanshu (Black Brewhouse) attribute the march of micro-breweries across the country to awareness about craft beer and consumers demanding better food and beverage experiences.

Himanshu notes: “A micro-brewery is definitely the newest thing for small cities and towns. With around 30% of the Indian population consuming alcohol, the market is growing with the growing middle class.” 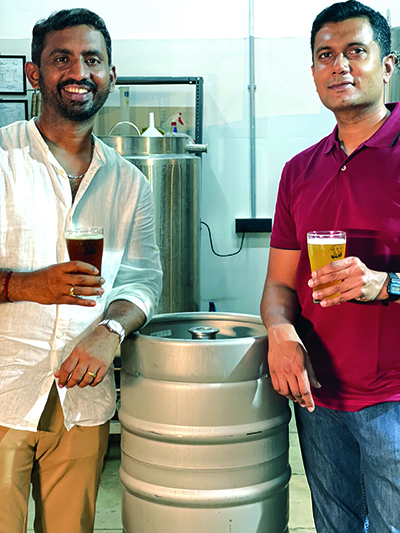 Rangaraju (L) and Prasad of Catamaran Brewing are tapping into the tourism potential of Puducherry, a former French colony.

Most style offerings at these places follow the tried-and-tested mix of standard pours. But beer variants using local and seasonal produce engenders goodwill with the locals and is also cost-effective.

“We have four beers on tap, of which wheat beer is the most in demand; so Hefeweizen and Belgian Wit are a given. We have a local, fragrant, small-grain rice lager, dark ale and seasonal Alphonso mango ale,” says Rachit of Terra Mayaa. The Guwahati brewery also serves some regional beers, including the fragrant Joha Lager (from rice) and Joha Kazi Lager (from Gondoraj).

At Himanshu’s Black Brewhouse, four styles are brewed in small batches. “It takes roughly 25 days for a cycle to complete, depending on the style and alcohol content we need. We brew Belgian Wit, Blonde Lager, Irish Red Ale, Watermelon Ale and Mango Ale,” he says.

Most of these micro-breweries do not yet find the need to experiment with alternate forms of packaging. Most of their beers are sold only out of taprooms. At best, a few kegs are made available for distribution to select local bars.

Each state’s excise policy and regulations determine how licensing is done and what permits are available to micro-breweries.

But it does not mean that retail plans remain on the back burner. “Being a Tier-2 city with a small population, kegs and growlers are very important to increase volumes and make craft beers available at home,” feels Rachit about his Guwahati market that now has five microbreweries.

Prasad would be interested in putting out a large pilot batch for a wider audience in Puducherry. “That said, craft beer is best experienced at the brewpub, right off the tap!” he says.

Himashu believes that with more outlets in Lucknow and more diversity in beer styles, “we could have a better understanding of a craft brewery’s impact on society and better articulate the role that craft breweries might have in a sustainable future”.

Iron Hill’s strategy is to gain first mover advantage in more towns and create a financially stable model with quick returns on investment. This has provided Teja with a welcome entry into other states in the western and northern parts of the country, where he hopes to explore possible franchise opportunities. 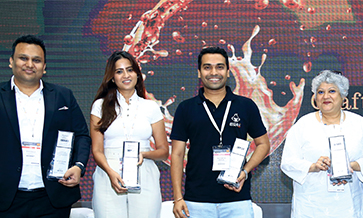 New moves in on- and off-trade 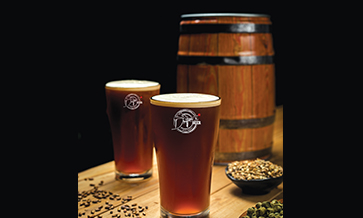 How beer adds fizz to economies