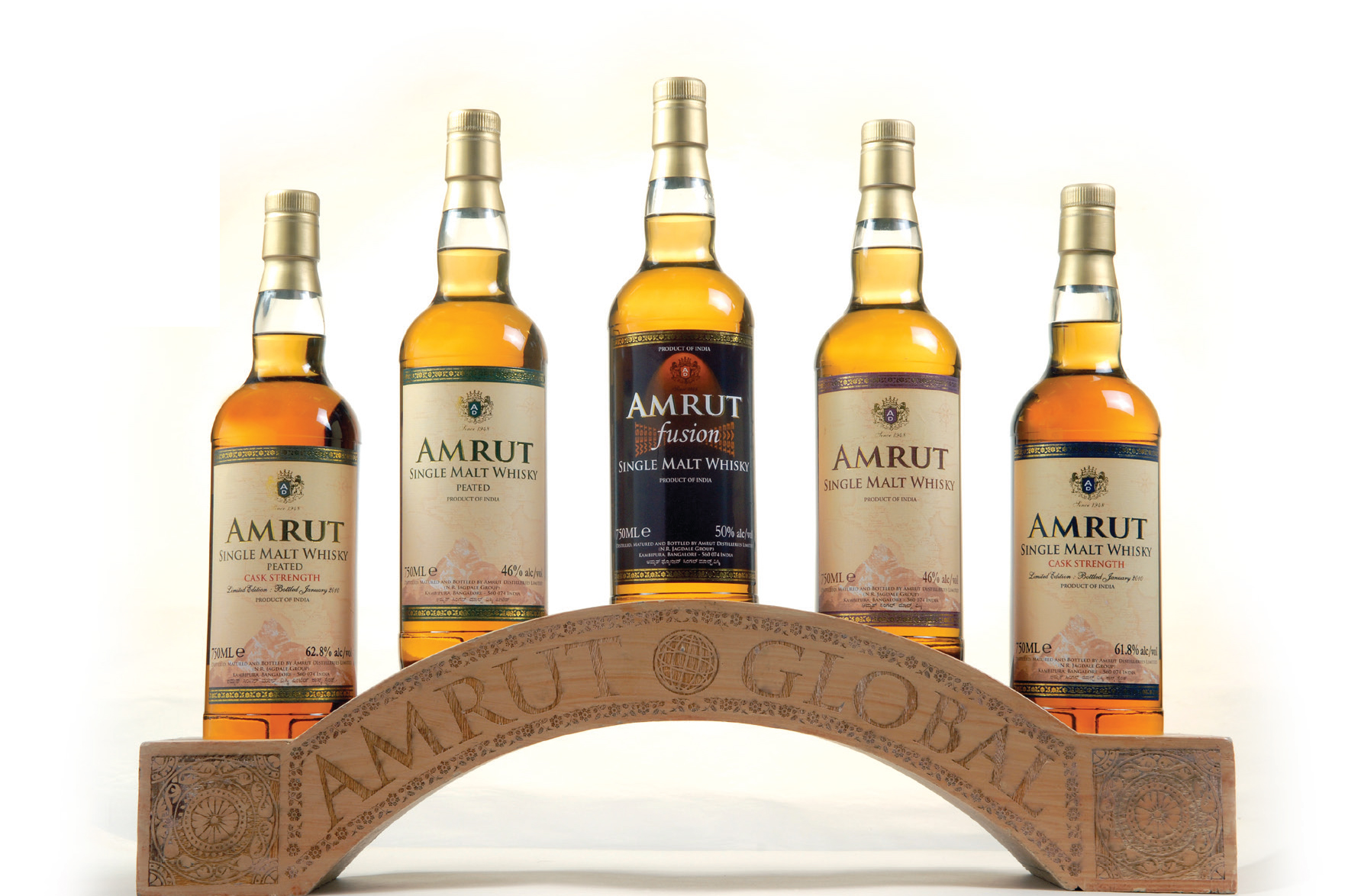 Bengaluru has been the cradle for alcobev brand launches and even some grand successes abroad. Increasingly newer beer, wine and spirit brands from across India are seeking a roundabout way into the domestic market, for a variety of reasons. Vikram Achanta tells you why.

It’s an interesting paradox that, given the size and promise of the Indian alcoholic beverages market, Indian alcobev brands are increasingly choosing to look overseas and, in many cases, also tasting success.

The motivations may vary: for smaller brands it may be to seek global validation as a tool to boost their credibility before entering the Indian market.

For others it may be for the sheer ease of doing business overseas; and for still others it’s recognition that we can no longer remain confined to our borders.

The jury is still out on whether any of these brands will taste enduring success, but their efforts are all the more creditable given that few Indian consumer brands – which do not only target the desi diaspora – have been successful overseas.

One of the earliest Indian brands to make a mark overseas was Cobra, the beer brand created by Lord Karan Billimoria in 1989. Although Cobra was crafted and first brewed in Bengaluru, it soon found its way to the UK, where it then began to be brewed and sold.

Cobra had a distinctly Indian identity, which led to it being largely confined to being drunk with Indian food or in Indian restaurants and curry houses. It achieved considerable success in the UK market, and then also re-entered India. But the brand’s later financial troubles led to its acquisition by the Canadian beer giant, Molson Coors.

Most Indian brands venturing overseas have launched in traditional categories of beer, wine and spirits (whisky, gin, rum), with no breakthrough Indian brand yet which has successfully leveraged our rich heritage of native spirits such as Mahua and Feni – like Tequila has done for Mexico and Cachaca for Brazil.

The next Indian brand to make a mark globally is also from Bengaluru, and in another familiar category: whisky. Except that in this case the makers were taking the battle fair and square to the UK, by producing single malt whisky! It was introduced in Scotland in 2004, and was often mistaken in blind tastings as a fine Speyside or Highland Malt.

The brand is, of course, Amrut from the Jagdale Group. Amrut followed the strategy since emulated by others – to launch the brand exclusively in international markets, to critical acclaim, and using that as a springboard to launch in India.

This strategy worked too well for the Jagdales, because in the early years, the demand for the product in India far outstripped the supply.

The icing on the cake for the Jagdale Group was the acclaim received from noted whisky guru, Jim Murray, who in his Whisky Bible in 2010 announced that the Amrut Fusion (made from a mix of Indian and peated malt from the UK) was the third-best whisky in the world!

Following in Amrut’s footsteps were two more single malts: first Paul John (John Distillers) and later Rampur (from Radico Khaitan). Paul John’s travels across the world and a short stay in the USA, led him to explore the world of wines and single malt, with a particular passion for the latter.

The thought planted in his head, it took Michael D’Souza, the master distiller and Paul 10 years to release their first whisky. Paul John also claims that their eponymous whisky has no boundaries. It caters to a global palate, not just Indian.

They are proud of their Indian origins, and their distillery is located in Goa. Michael mentions that India has better quality water as well as superior barley as compared to the UK. Paul John has earned over 200 awards in 6 years, and is available in 35 countries.

Rampur single malt from Radico Khaitan Group links its provenance to the nawabs of Rampur (Uttar Pradesh) via the coat of arms. Rampur is aged in ex-bourbon casks and, like many whiskies from India, does not carry an age statement.

Like American whisky, it’s very challenging to age Indian single malt, especially in warmer climes like Bengaluru and Goa. But the whisky has definitely spent enough time in wood, for it to show on the palate.

Careful attention has been paid to the branding by Radico – from the clean lines on the label to the raw silk sac which encloses the whisky. I’d say that this is at the moment, the best presented Indian single malt label.

What has also helped Indian single malts is the growth of whiskies from around the world. There is a new world of whisky making, especially in Asia, with Japan, Australia (Tasmania) and Taiwan making excellent whisky. This has definitely prompted consumers also to be more experimentative in their choice of whiskies.

Considering the gin and tonic was born in India, it seems only right that Indian craft gin also comes to the fore. Gin has for long been a neglected category in India. But the recent cocktail boom, combined with knowledgeable bartenders, a new generation of bar owners and a well-travelled customer, has led to its renaissance and a flood of brands entering the Indian market.

Seeing this, some of the first Indian craft spirits entrepreneurs to emerge, including Anand and Vaibhav of Nao Spirits, and Rahul, Sakshi and Vidur of Third Eye Distillers, both chose gin as their first product.

I feel gin is an easier product for companies in India to offer major points of differentiation. For most gin brands it is the botanicals and their origins that matter – the more exotic and unique the botanical, the better the brand story they can weave.

So, it is with Hapusa Gin, which is a Himalayan dry gin, with its botanicals all sourced from India, including the juniper from the foot hills of the Himalayas (Hapusa is the Sanskrit word for juniper).

Hapusa has smartly picked select events globally to get noticed, including the Gin Guild’s dinner and Junipalooza in London, and the Berlin Bar Convent. Considering the glut of gin brands in Europe, the enthusiastic response to their product has surprised Nao Spirits. Anand and Vaibhav have recently shipped their first consignments to Singapore and Norway.

The Radico Khaitan Group also has launched its craft gin, named Jaisalmer. All three Indian craft gins play to their Indian roots, from Hapusa and Jaisalmer’s branding, to Stranger & Sons use of the Tiger as their mnemonic.

Sanjeev Banga, President (International Business) for Radico, says his company is particularly proud of its Indian heritage, which is why their whisky and gin reflect this in name and identity. The products themselves are not targeted at just the Indian diaspora, but at the global consumer.

Jaisalmer indicates that seven of their 11 botanicals are sourced from India, including coriander, vetiver and Darjeeling green tea leaves. Jaisalmer, like Rampur, is not available in the domestic market, although Rampur is available in select duty-free shops in India.

Products like gin are driven by tastemakers and influencers like bartenders. They require more of a push than whisky, which is where deep pockets of the promoter company can play a role. I’m not too sanguine about the prospects of smaller Indian craft spirits companies making headwind in this category.

Probably the IMFL (India made foreign liquor) category with the closest connect to India is rum. David Wondrich, a drinks consultant and historian, points out that there is strong evidence to suggest that rum production in India predates its Caribbean roots.

It’s a tragedy of massive proportion, therefore, that the one Indian brand which had the best potential for global success (Old Monk rum), has not been as adventurous as it should have.

Picking up the slack is Gautom Menon from Kerala, who has been crisscrossing the globe to place his Wild Tiger Rum in the limelight. It is a dark rum, and is unique in its use of both molasses as well as cane spirit in the blend, a rare characteristic to find in a rum.

Currently present in over 30 countries it also is listed with 10 of the top 20 duty-free operators. Gautom indicates that at the premium end abroad – where brands like Amrut, Paul John, Rampur and him compete – it is not just the diaspora who are buyers, but also a wider audience.

It also has the benefit of spending some time in American oak barrels, which are charred after they are imported into India. The rums used in the blend are anywhere between 2 to 5 years old. Wild Tiger is currently available in Kerala and Pondicherry, and expects to be more widely available in India in 2019.

Indian wine companies such as Sula, Grover’s and Fratelli have also ventured overseas. One of the interesting recent initiatives is a partnership between Fratelli and France’s third-largest wine group, Boisset Collection. Its J’noon range of wines (red and white) was launched in India in March 2018, which was followed by a global launch in Napa Valley in June the same year.

Given that Moet Hennessy has also shown confidence in Indian viticulture by making Chandon, their sparkling wine brand in India, this collaboration seems a way forward for multi-nationals to start making greater inroads into the Indian market, and possibly also see India as a production and sourcing base.

Sumit Jaiswal, marketing head for Grover Vineyards, indicates that they continue to expand their footprint around the globe, with Poland, Singapore, Hong Kong, Finland and Norway all added this year. Grover’s also makes full use of international exhibitions such as Prowein to meet existing distributors and tap new importers.

The second coming of beer has been in the form of new-age labels like Bira 91 and White Rhino. These labels do not consciously represent themselves as Indian brands – they are focusing, instead, on quality and craft to make their brand known with well-established styles such as lager, wheat and IPA (India Pale Ale).

Bira 91 figured that with the world being such a close place, if they wanted to succeed in the long run, they needed to compete globally. The brand image created was thus not overtly Indian, unlike say a Cobra or even an Amrut. When customers overseas realize that this is an Indian beer, they are fascinated and surprised.

Although not a beer, Happy Down is a carbonated beverage, and is one of the newest entrants to the list of Indian brands making a mark overseas. In this case the Indian link is the brand ownership, with the product itself formulated and crafted in the UK.

Happy Down positions itself as a crafted cocktail in a can, and although it’s still early days for the brand, Paritosh Bhandari, the co-founder, is thrilled to bits that Happy Down has found listing in UK’s biggest supermarket, Tesco, in just the third month of their operation!

To my mind however, the big untapped opportunity when it comes to spirits from India, lies in our own native spirits and liqueurs, scores of which can be found across India. But more on that in the next! 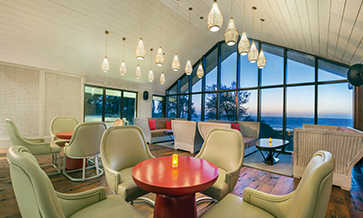 Gin vibes in a susegad setting!

NV Group: ahead of the times