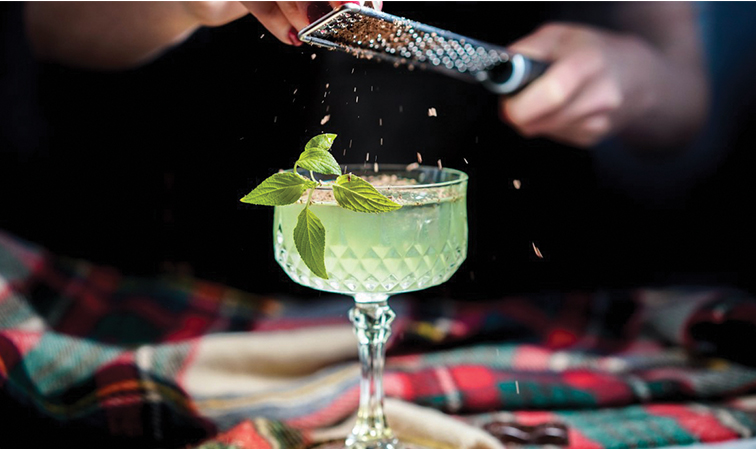 There are multiple techniques that one can use to create a clarified cocktail or clarified drink. Let us start with the obvious, which dates back to my first ever trial.

Gravitation and Filtration: It is the least technique-driven clarification process that you can use and it works very well with any fruit or vegetable which has sufficient amount of water – think tomatoes, cucumbers and watermelon.

Once blending the fruit, keep it in a mixing or measuring jar without disturbing them – the solid particles will settle at the base and what you get is a clear liquid which floats on top.

This can be filtered using a fine coffee filter or multiple layer muslin. This was the same way I made my clarified penicillin, if you remember.

The Upgrade: This technique, coupled with my favourite product known as PectinX SP-L (available at modernist pantry), will give you phenomenal results for fruit with lesser water content including apples, pears, berries or even guavas.

The purpose of PectinX SP-L is to break down the pectin which holds the solid particles together. Upon researching more, I found out fining agents like Kieselsol and Chitosan, often used in wine making, process made the final product even better.

Now, if you have a centrifuge or a smaller version like a Spinzall, this feat could be achieved at a much lower time and effort (I haven’t personally used them as yet). I like to work harder and longer for the same result (read I can’t afford the fancy machines yet!)

Freeze and Defrost: As many inventions happen through accidents, I had an experience with this technique way back in 2013, when I was managing Ricks. I did not know it was a technique used in clarification till later.

A lot of hep bartenders of today call it cryo-filtration (definitely sounds better that what I used to call it). In 2013, Varun (my head bartender) and I had shoved a bunch of syrups and purees into the freezer and (by mistake) plugged in a pre-batched sangria with fruits, juices and some cherry brandy (it was as murky as it could get).

The next day it was obviously frozen solid. We let it defrost over a strainer and muslin because we had to throw away the fruits which had frozen in. To our surprise, the defrosted liquid was super clear and had all the flavours of our sangria intact!

It was a revelation, but we were busy making vinegar cocktails and did not pursue that technique further. Fast forward to 2018 when we, at the Bar-Back Collective, conceptualised the drinks programme for ‘Thirsty City 127’, this technique resurfaced.

I think this technique was even used by the famed chef Heston Blumenthal for stocks with the addition of gelatin. The gelatin freeze method also works for clarifying juices and stock.

Clarification with Agar: Agar is a sea weed-based gelling agent. I came across it in catering college, where my chef spoke about it as a vegetarian gelatin and used them for jello and even some mousse.

The use of agar in making cocktails was, for me, super interesting because the purpose took care of clarifying high citrus content ingredients like lemon, lime and grapefruit. Interestingly enough, green apples, which have malic acid, also clarifies well with agar.

If all the other ingredients in your cocktail are clear and you want to add that touch of sourness without really messing the clarity of the drink due to the murkiness of citrus juice, this technique works brilliantly.

Patience is the name of the game when you are using this technique; but you don’t have to take the effort of freezing and thawing, like in the previous technique.

Agar starts to gel up faster and need not freeze all the way. It holds all the sediments and solids together in the gel. Slow thawing releases only the clear citrus juice. Personally speaking, I feel this process strips a lot more flavour off the actual ingredient.

It can be a good thing or a bad thing, based on the kind of drinks you want to do. The only disadvantage of agar is that the liquid (here the citrus juice) has to be boiled with agar in order for it to start mixing with the juice. The way around it, though, is to only heat half of the liquid with agar and add the other half which is at room temperature into the first mix.

Washing technique: Milk in my drink? Yes! This technique dates back to the earlier known clarification technique which was programmed for the infamous “milk punches”.

The addition of milk not only smoothens the edges of the harsh alcohol it also takes care of the astringency of the citrus that you are adding into the punch. In milk wash, scientifically what you are doing is to coagulate the casein protein as a curd to extract the whey.

For this process to take shape there has to be citrus content – juice or acid solution. Alcohol in the drink helps fasten the process of coagulation (curdling). Once the mixture is curdled it can be strained using a filter or muslin.

The resulting product is a clear, round drink which has a phenomenal shelf life. Egg, which is another protein, can also be used in the washing technique. I have personally not used it, but have seen many people try it.

Acid wash: This is not a clarification technique, but if you want a clear looking drink and you are playing with the sweet-sour category, you can also definitely use the help of acids.

The purpose it to replace the citrus of the cocktails like the lime or lemon. You can use a range of acid to achieve this feat: citric acid (from lime and lemons), tartaric acid (from grapes), malic acid (from green apples), or ascorbic acid.

The proportion that I use in most of my drinks is about 100 gm water to 5 gm of citric acid and 2.5 gm malic acid. It worked well with a flavoured sugar. For me it is a derivative from making your cordials for gimlets. If you don’t shake it and stir it instead, the milky appearance of the drink can be avoided.

Rotary evaporator: Another technique which can be used in clarification is the use of a Rotovap. The idea of Rotovap is to use pressure to reduce the boiling point of any liquid and distil it at lower temperatures.

The freshness of the ingredient is kept intact because there is no application of heat. This is a slightly expensive process and I would not use a Rotovap for extracting clarified juices. But imagine making a crystal-clear Fernet or Campari. Yes, this works just fine!

There has been a revival in the clarified cocktail trends internationally as early as in 2010-11. This escalated after places like Booker and Dax, Scout in London, Tippling Club and Operation Dagger in Singapore started adding clarified cocktails to their signature drinks.

In India it is fairly a new trend.  Some barkeeps claim to have started this in 2018-19, but I remember some bars and bartenders talking about milk clarification and trying their hand at it as early as in 2016.

I had officially seen agar gel clarified lime being used in cocktails in mid-2017 at Xico by Shobit. Today, more and more bars are trying this technique and clarified cocktails have found their way into menus across the country. I believe this style and technique is here to stay.

As much as it’s a good technique to understand and have up your sleeve, it is not necessary that every bar has a clarified cocktail on its menu. It depends on the venue, the concept and the cocktail programme. There is a world of innovation out there. Let’s move on to the next one – clarification was just a beginning!

(The first part of this article appeared in the April-May 2020 issue of Brews&Spirits. You may visit www.brewsnspirits.in to read it online). 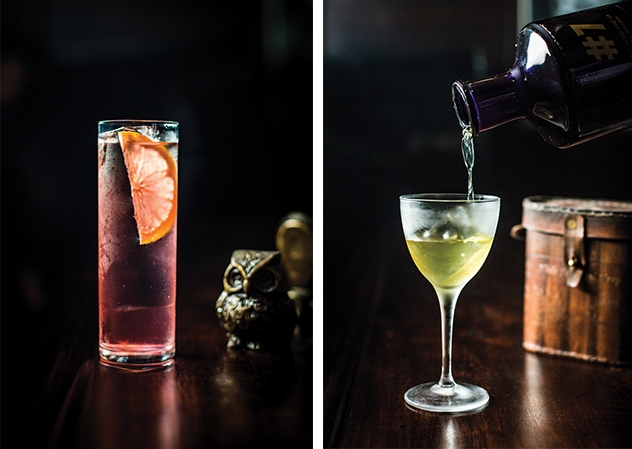 At the Hoots’ Bar, which caters to only 20 people at a time, we once organised a clarified cocktails programme. My two favourite picks from the signature list of Hoots’ are No.4 and No.7.

The mix was then sweetened with a hibiscus cordial and spiked with tequila. This gave birth to a clean, crisp drink, super easy to consume.

A usual batch contains about 600 ml of gin with 150 ml of Fernet, 300 ml of lime juice and 275 ml of oleo saccharum. Slightly heat the milk and let it cool down to room temperature and add the drink into the milk, which helps in instant curdling.

The milk solids then trap all the suspended microscopic solids from the cocktail and you get a clean, golden-hued drink which is just phenomenal.

What does ‘going green’ mean for a bar?

Cocktails for the festive season 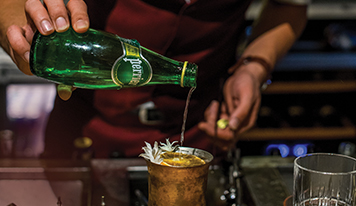 Perrier: Spring in a drink we take for granted!