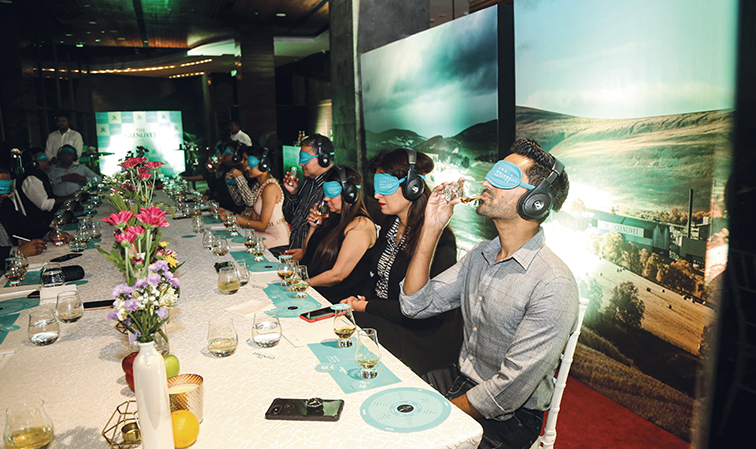 An intriguing and immersive experience, which was conducted in Mumbai, Chennai and New Delhi.

“Never stand in front of a Scotsman on the way to the bar!” These are the words I hear from Ken Lindsay, international brand ambassador for The Glenlivet, prompting me to hastily step out of his way.

The bar itself is well stocked with The Glenlivet 12 YO, which comes in a brand new livery and has been rebranded as the Double Oak. A short stint at the bar concluded in some entertaining company is followed by our move to the beautiful gallery at Akira Back, at the JW Marriott, Aerocity, New Delhi.

The table set-up is intriguing, and the invitation received for The Glenlivet Sonic whisky tasting should have half prepared us for it. Each place setting, apart from the three glasses of whisky, also had a pair of headphones, an eye mask and a whisky tasting flavour wheel.

As Ken explains, the day’s tasting is all about understanding how different stimuli affect your taste and perception of whisky. But before we start the tasting, Ken takes us back into time to 1824 when George Smith, the founder of The Glenlivet, fought off all comers with his pair of matching pistols.

One of the first distillers to start the licensed production of single malt whisky, he drew the ire of other distillers, who were also not slow to copy his spirit and brand name, compelling him to add ‘The’ in front of the Glenlivet, to differentiate from impostors.

With George’s story still ringing in our ears, we doff our headphones and listen to the first piece of music. Alongside we also raise our first tasting glass and nose and sip the whisky.

Ken encourages us to jot down our tasting notes on the pad alongside and circles the room as excited cries ring out of “caramel”, “apple” and “cinnamon”.

The headphones back on, the tempo of the music changes and it becomes livelier. We’re encouraged to nose and sip again, and see if there’s a change in our sensations and what we can taste.

Whisky #1 tasted, Ken takes us on a quick journey into how The Glenlivet finds its way from a sprig of malted barley to that beautiful golden liquid glistening inside the bottle.

For Whisky #2, we’re invited to put our eye masks on, in order to deprive us of one of our senses, and thus make the others more acute. Ken also invites us to transport ourselves in our mind to where we think we’re tasting the whisky, as we again go through two separate strands of music. 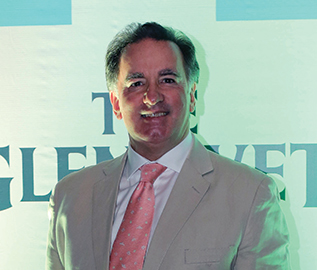 As the tempo of the music changes there can be changes in your taste, says Ken Lindsay, international brand ambassador for The Glenlivet.

This certainly works, for the sensory deprivation as well as the flight of imagination work in tandem to enhance my experience of the whisky. You must try this at home sometime!

Before Whisky #3, Ken tells us how Bill Smith, grandson of George, distributed miniatures  of The Glenlivet, probably one of the first such exercises of product sampling, aboard the luxury Pullman trains in the USA.

It is a step that has gone a long way, with The Glenlivet currently the highest selling single malt in the USA.

The tasting done, Ken reveals the identities of the three whiskies, raises one final toast of Slainte and bids us to the bar to taste whichever was our favourite whisky of the three.

It was an intriguing and immersive experience, which also showcased how Scotch whisky companies are constantly innovating, not just with their range of whiskies, but also in how they are presented to the consumer. 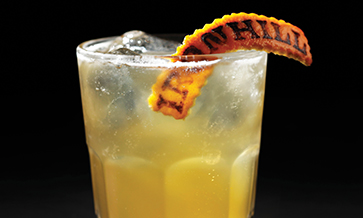 From the man behind the bar counter

Tides and Spices from Strange(r) shores 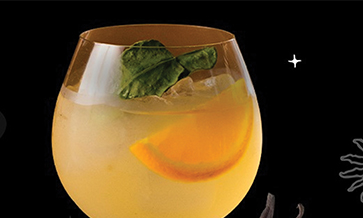